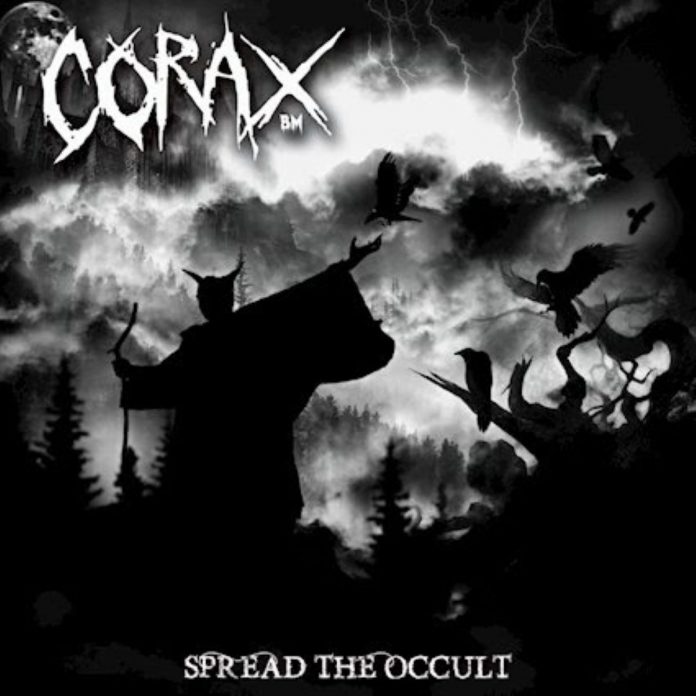 The latest band on the Greek black metal scene is Corax B.M, who have signed to Pagan Records, and release their debut EP entitled Spread The Occult on 27 May, with it also streaming on Youtube.

Ahead of that, they’ve just released ‘Anilliagos’ as a single and you can check out the lyric video for it here at RAMzine.

The band are said to combine primal Scandinavian black melodies, with a punk aesthetic and their main influences are Behemoth, Mayhem, Rotting Christ, Necromantia and Darkthrone.

Corax B.M was founded in 2021 as a solo project by the artist Corax (aka Kostas Katoikos) who collaborated with drummer Morker (Yiannis Chariskos) and vocalist Énnea (Marita Makaronidi) for her use of “whisper vocals”.

After rehearsing their first songs, they were joined by lead guitarist Dholos (Mike Darlis) and bassist Peisithanatos (Thanos Nanopoulos), so the project inevitably became a solid band.

The band is said to be “honoured’ that black metal scene legend The Magus (Necromantia, Yoth Iria) appears as guest vocalist on the song ‘Anilliagos’ (Greek for Sunless).