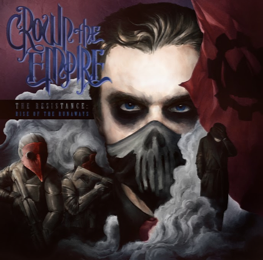 American band Crown The Empire have released a stream of their new single ‘Initiation’ – taken from their forthcoming album ‘The Resistance: Rise Of The Runaways’. The new album is set for release 21st July on Rise Records. Click here to hear the album teaser.

Last time we saw Crown The Empire on their UK run, the crowds came big, the fans in the many. Crown The Empire are on the path to the top, getting evermore popular. Catch them on their next run, on one of the following dates: