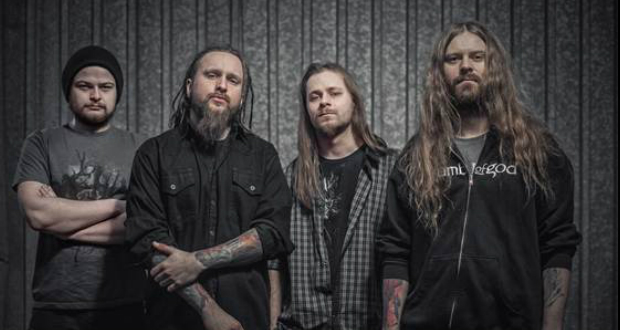 The mighty Polish extreme metal unit DECAPITATED have announced that they will be headlining the UK Techfest on July 9th. Their only UK appearance of the year and it promises to be an absolute stormer. Last year Decapitated made the metal community sit up and take notice once again. From releasing one of the albums of the year ‘Blood Mantra‘, to the glorious set at Bloodstock and then rounding of the year with a fine supporting slot to Behemoth. That is just the standout activity in the UK, let alone touring with the like of GWAR and Lamb of God. It’s been a year where they have reached out to a far greater audience.

With ‘Blood Mantra‘, Decapitated have continued along the groove orientated technical road laid out by the classic ‘Organic Hallucinosis‘. After the amazing comeback of ‘Carnival is Forever‘ they have gone back to Wojtek and Slawek Wiesawski at Hertz Studio in Bialystok. This is also the same team & location where they made 2002’s Nihility, 2004’s The Negation and 2006’s Organis Hallucinous. After seeing the band twice last year, there is no doubting that they are a great choice for headliner. While the technical kids can stand back admire the amazing technical aspect of the band, the rest of the crowd can go ballistic to Decapitated’s onslaught of furious groove death metal.