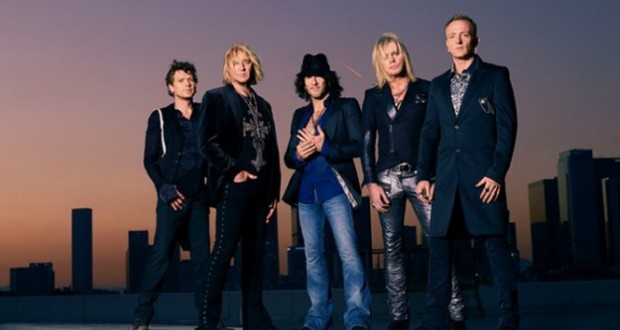 Def Leppard’s 11th studio album “Def Leppard” is available worldwide from October 30th 2015, but we are lucky enough to not too long to hear any of it as they have now released an official lyric video, “Let’s Go“.

Vocalist Joe Elliot had these words to say on the release,“We got together to see what we had with maybe putting out a three track EP in mind. All of a sudden we had twelve songs on the go, and two more would come just a few weeks later. It’s the first album we’ve ever made with no deal in place & no one looking over our shoulders so the freedom was immense & I think you can hear it in the songs.”

From just the opening single “Let’s Go”, the esteemed Sheffield group are back with their grand, stadium worthy, anthemic rock. This artistic video displays exactly why they have always deserved to be where they are and that no one will do it better.

Formed in Sheffield 1977, Def Leppard have forged their way to being one of the greatest-ever rock bands out of the UK. with three decades under their belt, multitudes of awards, colossal fan numbers, and over 100 million album sales worldwide, they are far from done!

The UK will also be lucky enough to be able to purchase a CD fanpack in conjunction with Classic Rock magazine. The Def Leppard will include:

– 116-page magazine featuring all-new interviews with all the band, all new photos and a track-by-track guide to the album.

Currently on a sold out Arena tour through the USA, they will return to the UK and Eire in December with esteemed rockers Whitesnake and Black Star Riders. Dates as follows:

Tickets are on sale now via www.livenation.co.uk and cost the following (subject to per-ticket charge plus order processing fees):