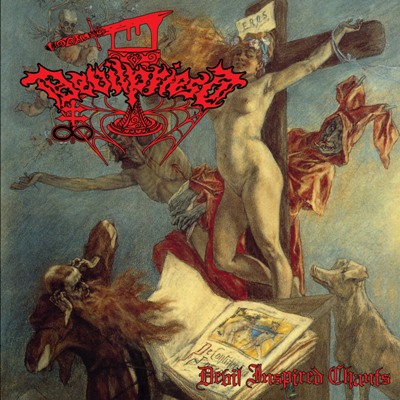 Situated along the Oder River, once part of Bohemia, long fought over and now residing partly in Chezoslavakia but more so Poland is Silesia and where a band called Devilpriest hail from.

The band features Tom Hermies on guitars and vocals, Durtal Tot on guitars and bass and Necro Docre on drums, and on 10th November they release their debut album, Devil Inspired Chants through Pagan Records.