DIABLO BLVD sign to Nuclear Blast. New album to be released in January. 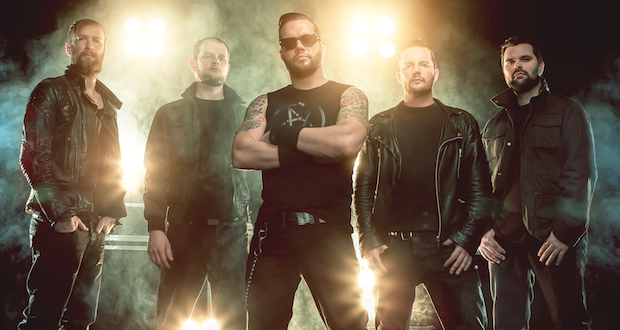 Groovy Belgum rockers have just signed to Nuclear Blast, the well-renowned  metal label which is also home to legendary acts such as Slayer, Edguy and Nightwish.

The band have also announced a brand new album to be released on January 23rd entitled ‘Follow The Deadlights‘. This album was recorded with producer Ace Zec at the world-famous ICP studios in Brussells.

The band commented on the album release:

“Everybody! We are absolutely thrilled to announce that we’re going to join the Nuclear Blast family for our first world-wide release.
Signing to Nuclear Blast is like getting the hot chick everybody wants. They were our first choice when we started looking for a deal and to see it actually coming through still feels unreal. So a big thank you to everyone involved for making it happen and we hope to see you all in 2015.”

To wet your appetite, DIABLO BLVD have also released the lyric video for ‘Rise Like Lions’, which you can watch here:

The track listing for ‘Follow The Deadlights’ is as follows: