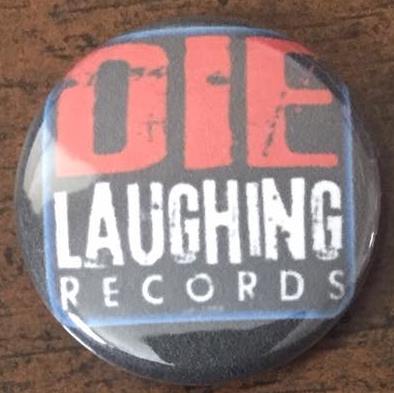 Thinking “outside the box” and an entrepreneurial mindset is something GRGE and DLR have in common. Creative thinking led to Mark Alexander-Erber building a global musical conglomerate, that is Golden Robot Global Entertainment, acquiring big names like Vanilla Fudge, Kings X, Gilby Clark, Skid Row, Rose Tattoo and L.A. Guns to name but a few of the 250 or so bands on their roster.

In 1988, Die Laughing Records was established in the most punk fashion because Dave Dalton’s band, Screaming Bloody Marys needed a label to release their music. The major labels of the time were not going to work with “street” punk bands and that’s how it was. In that era, Dave Dalton knew that to be heard, you start a label!

Seeing a dog-eared Russ Myer movie poster proclaiming, “You’ll Die Laughing” the rest became punk rock history. The label sat dormant for many years and acted as a back catalogue, mail order outfit and then was shelved in 1999 to be reborn in 2015 when music industry veteran Rob Trisler helped revamp the DIY grass roots label with best friend, Dalton, coming in as a co-owner and CEO.

The partnership of Die Laughing Records to Golden Robot Global Entertainment offers promotions, touring and booking networks to its labels. This union will give the world an incredible new and ever evolving powerhouse label, additional roots in punk, growing alongside those in hardcore and heavy rock. Particularly exciting is the various world-wide punk festival stages many DLR artists will perform on this upcoming year, including Rebellion UK and The Stern Brothers Punk Rock Bowling, held annually in Las Vegas and Bracken Rock Ireland.

“I couldn’t be any more excited to join forces with this incredible team to bring punk rock back to the forefront. The mix of ideas and collaborations alone are incredible, bring on 2020,” said Mark Alexander-Erber CEO and Owner of Golden Robot Global Entertainment.