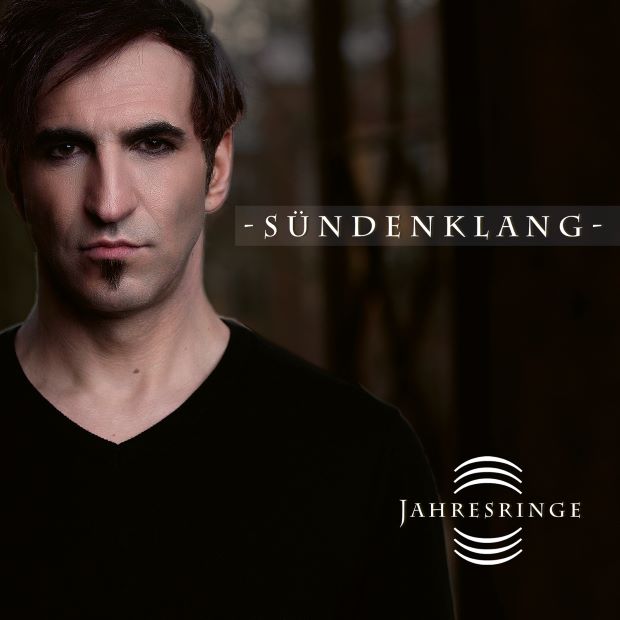 Sündenklang (translated as “Sound Of Sin”) add a dark touch to pop music, with the intent being pierce one’s soul. With their new album Jahresringe, released on April 17th through Drakkar Entertainment, they duly present themselves uncensored and unadorned.

Vocalist Mart Soer used an almost four-year break to collect and concentrate all his creative emotions and bring them to life on the canvas that is Sündenklang.

“Jahresringe is my most personal album so far,” said Soer. The songs, which – like the annual rings of a tree – can be seen as a collection of experiences, injuries, difficult and easy years and thus are about processing life events. “The songs are about love, grief, reckoning, death and self-doubt,” he explained. “And ultimately they are also about the knowledge that ultimately comes with all of this.”

Leading the listener into the depths of a human soul and on an autobiographical journey about experiencing, reflecting and processing it all through the singer’s eyes, the songs are melancholic, yet rousing dark pop with elements from a multitude of other genres.

Vocalist, programmer and producer Soer again worked with his musical companion programmer Patrick Nevian on arrangements. Benni Cellini from Letzte Instanz can be heard on the album as a guest musician on the cello and Leandra Ophelia Dax (formerly Apoptygma Berzerk, Santiano, Leandra) is a duet partner for the song ‘Du bist mein Licht’.