Dirty Laces can Breath These Days 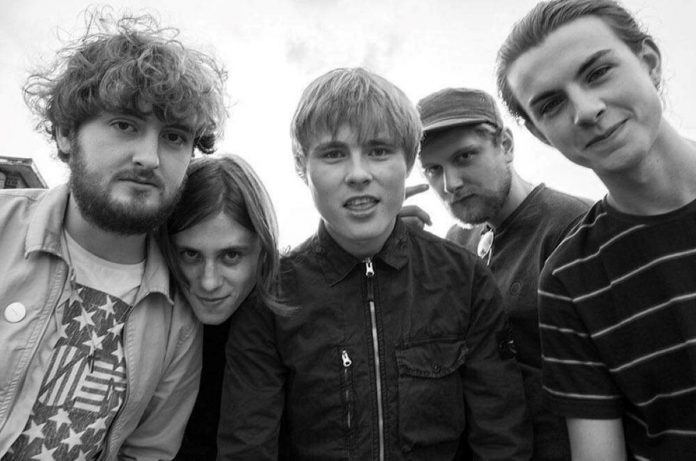 Manchester based Dirty Laces is a down and out rock ‘n’ roll outfit who hit you with crunching and hypnotic guitars, huge drum fills and a sound intent on echoing the likes of The Cult and Led Zeppelin meshed with a Libertines-esque vibe.

Striding between the Cotton Mills of North Manchester, Dirty Laces has gone from strength to strength selling out multiple shows in their hometown and building a fan-base the old school way, relentlessly shaking venues in the UK with their explosive set, and having been invited to support their hero Peter Doherty on more than one occasion.

They released their first single for Golden Robot Records, ‘These Days’ back in November 2020. Now they follow it up with a new single ‘Breathe’ that will be released on all digital platforms on 19th April.

‘Breathe’ shows a different side to Dirty Laces, its stripped back and raw. Covering key issues that dawn on every human such as their own mortality and the struggle to discover oneself. The band show their vulnerability and need to express their inner feelings whilst giving a nod to famous literature.

The space in the song allowed the group to experiment sonically with instruments that you wouldn’t usually associate the Dirty Laces with such as synthesisers, the famous Parr Street Mellotron and lap steel guitars that create psychedelic journey as the song progresses to its climax.

Regarding the previous single, the band said: “’These Days’ is a song about the times we now live in, along with the history of class struggle and the rise and fall of empires and how that’s relevant to what we’re experiencing now.

“The song was written just after a long stint in isolation and was fuelled by the emotion that comes with long periods without social interaction and the things you take for granted.

“Most of the media we were consuming at the time was very negative and bleak and painted a picture of the mess that the UK was in.  But there has always been struggle and resistance towards power in history. It’s obviously not a new thing.”

You can stream/buy ‘These Days’ here and ‘Breathe’ here.