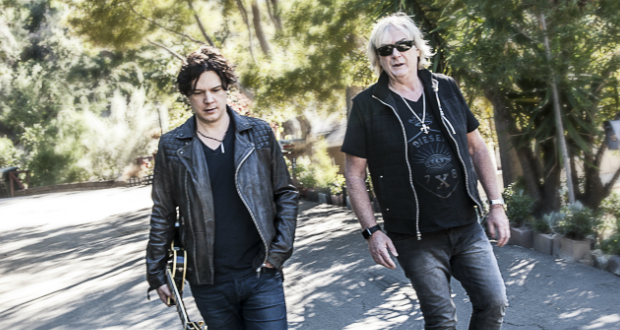 Downes Braide Association, the studio band formed by Yes keyboard player Geoff Downes and singer/songwriter Chris Braide have released a video for Skycraper Souls their forthcoming third album together, that is to be released on 17th November on their own imprint, X2X Records, through Cherry Red.

An inventively produced lyric video for title track ‘Skyscraper Souls’ albeit much shorter than the album version we’ve been lucky enough to hear in advance of its release. The track guest features Kate Pierson of The B52s on vocals and the video also employs visuals designed for the album by Roger Dean.