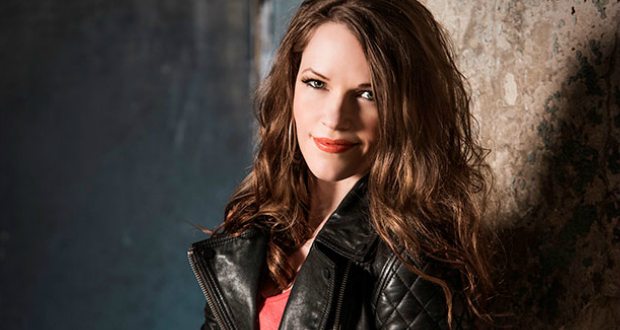 Dubbed “The Finnish slide goddess” by The Blues Magazine from those tracks heard so far it sounds like Lyytinen is mining a hard rock vein on Stolen Hearts this time round.

It is the first new album from Lyytinen since her Elmore James tribute The Sky Is Crying caused a radio sensation back in her Finnish homeland in 2014 and follows 2015’s Live In London album and DVD.  Stolen Hearts was recorded at Sonic Pump Studios in Helsinki but her vocals were recorded and the album mixed at State of the Ark Studios in London by multi-platinum selling engineer and producer Chris Kimsey, known for his contributions to classic Rolling Stones albums Sticky Fingers and Some Girls among others.

An official music video has been premiered for Lyytinen’s new single, ‘24 Angels’. The song opens with a melancholic Nordic ice queen quality, a gentle slide guitar weighing in as the song builds to an empowering gospel-tinged hard rock anthem and a solo that squeals out with an eastern scale evenly triggered in between.

Erja Lyytinen hits the UK for a brief Stolen Hearts promotional tour to coincide with the album’s release this April.