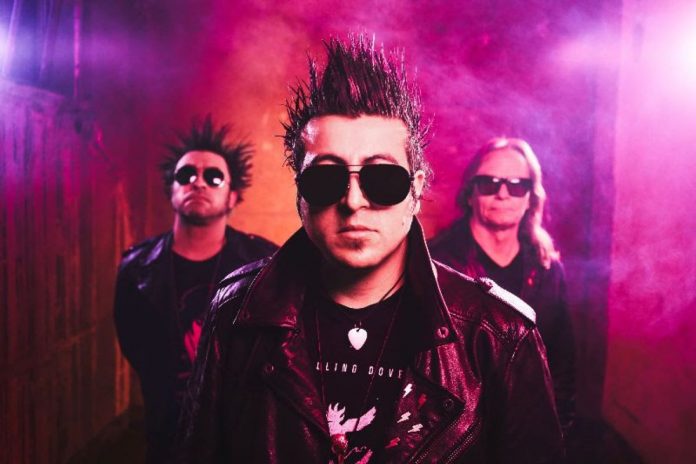 Los Angeles alternative rockers Falling Doves is looking to reschedule their world tour, that was set to go ahead just as the coronavirus pandemic took hold while they were in the UK (See RAMzine here).

Unbelievably, 2020 had been the trio’s biggest year to date. Prior to the pandemic their Electric Dove World Tour was set to sweep through Europe, Asia, and Latin America, but only being able to entertain fans in Australia down before restrictions were set in March of that year.

The band is now rescheduling those missed dates, now dubbed the Double Vision 2022 Tour, to relaunch in April of next year.  The band will be visiting as many countries as allowed by the ease of restrictions the remainder of 2021.

While in the UK, at the height of the pandemic, the band sought refuge at the legendary Abbey Road Studios, working under the direction of engineer/producer Chris Bolster with pre-production done at Motor Museum Studios in Liverpool (Oasis, The 1975, Arctic Monkeys) for a future album, to be called Liverpool.

Their latest album, Electric Dove, has now been released through Black Cherry Group in North America and Undead Artists in Germany as well as Abbey Rock Records in Mexico.

The album was produced by Doves’ main man, Christopher Leyva and drummer Francesco Cornaglia, in Turin, Italy, during the summer of 2019.

The Double Vision 2022 World Tour will bring the elements of a stadium live concert production into small halls, with a rich visual texture of music videos and, apparently, the element of lights and theatre you would expect from bands like Aerosmith and The Rolling Stones.