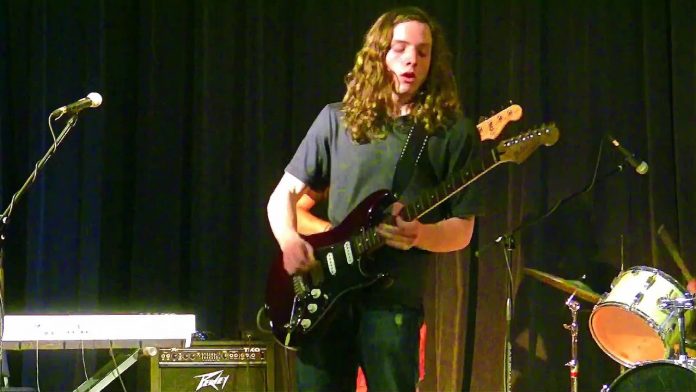 First of all, Hughes Taylor is an extremely talented guitar/vocalist from Macon in Georgia (USA), not a duo. With his fourth studio album, the wonderfully oxymoron titled Modern Nostalgia builds on his solid blues base with plenty of rock and even some of the Southern variety mixed in.

If you were lucky, you may have seen him supporting Heather Findlay on tour in the UK before you know what hit and scuppered most people’s plans.

This new album is a dozen tracks of diverse, blues-based, quality rock with numerous musicians backing Taylor’s guitar and vocals. It ranges from the slow and bluesy ‘Waiting’ with delicious slide guitar and Rhodes piano to the SRV styled rocker, ‘Treat Me Right’, complete with a quality picked solo. ‘Wicked Woman’ could be Clapton if he’d used the volume control a bit more.

‘Quarantine Blues’ is Hendrix flavoured, Allmans style rock band my current favourite because of the extremely tasty wah’d solo; ‘Highwayman’ moves right into Southern territory with a slick, slide riff and a solo to match; ‘The Refugee’ starts out as Nazareth/Bad Co, but takes a right turn to revisit SRV… not a criticism as the blend is powerful and works very well. Elsewhere you will find touches of funk and, on coding track, ‘Excuses’ there’s a Gary Moore touch on this slower, brushed snare blues. Earlier, there is a quality acoustic track (with a lovely electric solo) that veers from heavy blues to Bon Jovi via Thunder as ‘No Evil Love’ unfolds.

This is a very strong and well-crafted blues-rock album that will stand equal to his peers… and above some of them. The skilful and tasteful guitar work is prominent but doesn’t replace the songs and he only plays the right amount of notes!