Feel the H.E.A.T… Live In London 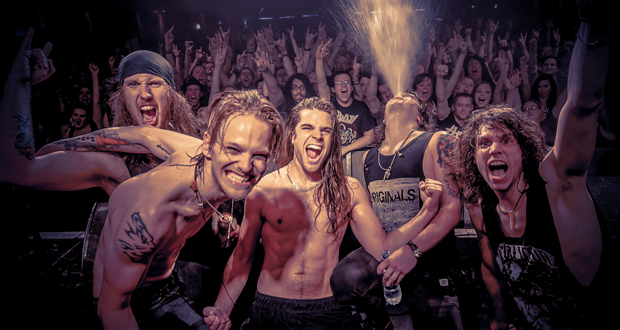 At the time of writing, Swedish rock band H.E.A.T. will be finishing up on a mini-UK Winter tour, having already played here earlier in the year, with the results of those “energetic and passionate” shows captured on the forthcoming release Live In London.

Mixed by Grammy award-winning producer Tobias Lindell, the live album includes 15 tracks where front man Erik Grönwall is said to “seduce the audience with his powerful crisp clear voice and his boundless, hyperactive stage persona “ while Eric Rivers (guitar), Jona Tee (keyboards), Jimmy Jay (bass) and Crash (drums) get down to playing the music, from the melodious Scandinavian hit ‘1000 Miles’ to the catchy ‘It’s All About Tonight’ and ‘Breaking The Silence’ as well as more recent successes ‘A Shot At Redemption’ and ‘Mannequin Show’ – all featuring the audience passionately singing along.

Recorded mainly at The Garage in London on May 16, 2014 during their first ever European headline tour, Live In London will be released across Europe on Friday February 20th 2015 through earMUSIC, with a UK release the following Monday February 23rd.