Second time out for Fields of Mildew 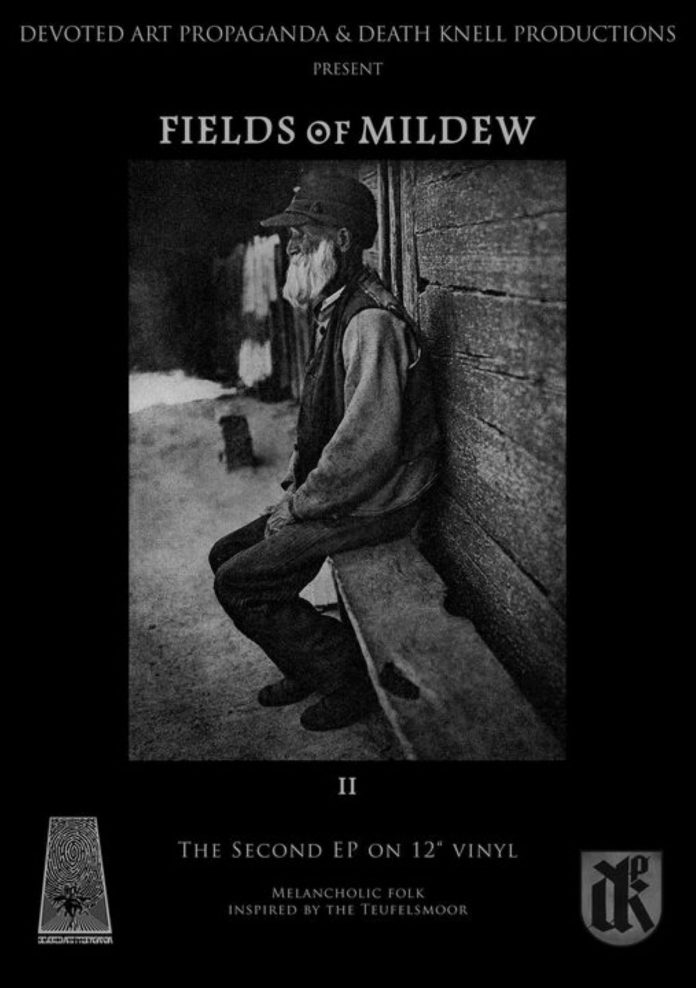 Melancholic folk act Fields of Mildew will release II, their second EP, for the first time on 12″ vinyl through Devoted Art Propaganda and Death Knell Productions on 16th May.

Originally released as a cassette in 2015, the hidden gem quickly sold out.

Inspired by the area around Teufelsmoor, a region of bog and moorland north of Bremen, Germany, Fields of Mildew‘s concept focuses on rural life of the late 19th/early 20th century: the people, their work in the fields, superstition and close relation to local tales as well as dire straits – disease, famine, child death.

II will only by available pre-ordering, and then only as a limited-edition release. You can purchase it by clicking here.

You can also listen to Fields of Mildew on Bandcamp.