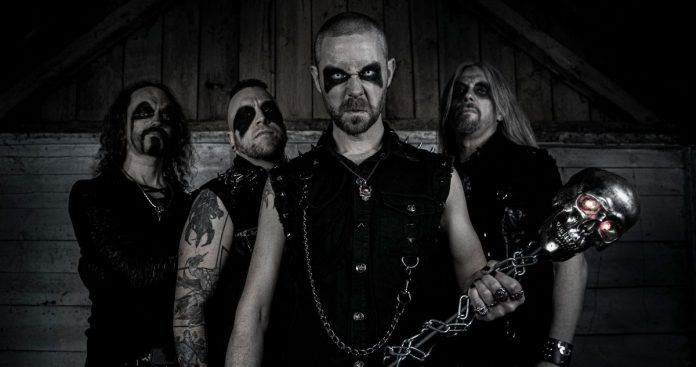 Swedish power metal force Manimal release their new single ‘Forged In Metal‘ on 25th March, ahead of an all-new album to be released on AFM Records.

The band’s claim their goal is to write songs that they love and believe in. “The challenge is to make a song with strong hooks without being too predictable. It’s just a bonus when we realise that people around the world seem to have the same good taste in music that we have,” frontman Samuel Nyman once said.

Nyman’s vocals, inspired by the likes of Rob Halford, Geoff Tate and Michael Kiske among others, blends with the songwriting skills of guitarist Henrik Stenroos, whose hooks and licks provide the foundation for Manimal’s songs.

The band is rounded out by drummer André Holmqvist and bassist Kenny Boufadene, the latter who also mixed the band’s new album and also produces their videos at his Studio Meltdown in Sweden. Their new album, produced by the band itself once more.

“Mainly because we like to have full control of the production. We’re control freaks to the bone and the thought of putting our creations into the hands of an external producer simply scares us,” Nyman confessed.

“I’m really proud we’ve managed to create yet another great album together.” Stenroos added. “And it’s been a team effort indeed. All four of us has put so much soul and effort into everything from song writing to recording, with the result of a really heavy and all through awesome sounding album without any fillers what so ever. The fans of our previous works will not be disappointed.”

More album details are expected but, in the meantime, you can check out the video to their new single right here at RAMzine.