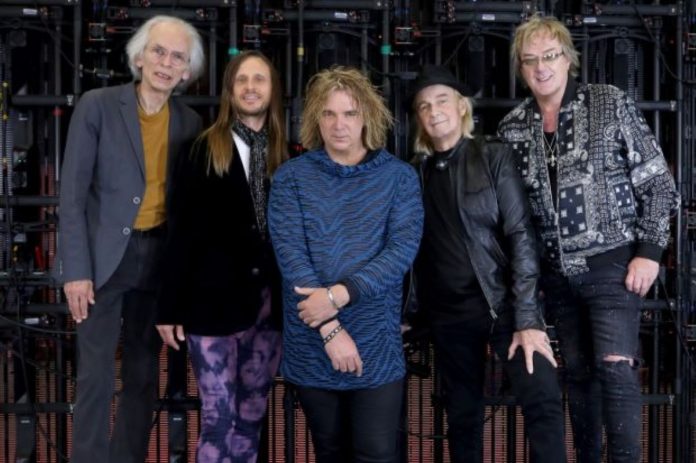 Due to COVID restrictions across Europe and for everyone’s safety, the progressive rock legend band YES has been forced to reschedule their forthcoming European and UK tour dates for 2022.

“We have managed to reschedule shows in all cities apart from at the Rockhal in Luxembourg.  Sadly, the Rockhal didn’t have available dates to accommodate the show so we are going to have to cancel it. We hope to be back in Luxembourg in the future.  Tickets for all other shows remain valid for the new dates,” came a statement from the band.

Formed in 1968 by Jon Anderson and the late, and much-missed, Chris Squire, Yes has been one of the most innovative, influential and best-loved bands in rock music history.

Their 1970s albums The Yes Album, Fragile, Close To The Edge, the triple live album Yessongs, double album conceptual Tales From Topographic Oceans, Relayer and Going For The One were ground-breaking in musical style and content. Their music also became synonymous with artist Roger Dean whose distinctive YES logo design and artwork adorned the lavish gatefold presentation sleeves of many YES albums.

With sales of over 50 million records, the Grammy-award winning YES were inducted into The Rock And Roll Hall Of Fame in 2017 where they performed ‘Roundabout’ from the album Fragile and the FM radio-friendly ‘Owner Of A Lonely Heart’ from the 1985 album 90125.

The rescheduled 2022 tour will include favourite classic tracks from YES’ extensive catalogue together with Relayer, the seventh studio album by the band, and one of their most distinctive most distinctive, in full.  Relayer marked a slight change in direction as Patrick Moraz replaced Rick Wakeman on keyboards bringing an edgier, avant-garde feel to the album. This was perfect for the opening track ‘Gates Of Delirium’, almost 22 minutes in length, with its battle scene featuring the keyboard of Moraz and guitarist Steve Howe.

“We’re really looking forward to getting back onstage and performing for our fans. Relayer will be special,” said keyboard player Geoff Downes.

Audiences can look forward to a full show production featuring a high-definition video wall, directed by Roger Dean who will be joining the tour with an exhibition of YES related art.

Tickets remain valid for the rescheduled shows. Full details and book availability for the shows can be found at venue websites and the bands official website, where you can also book meet & greets with the band.