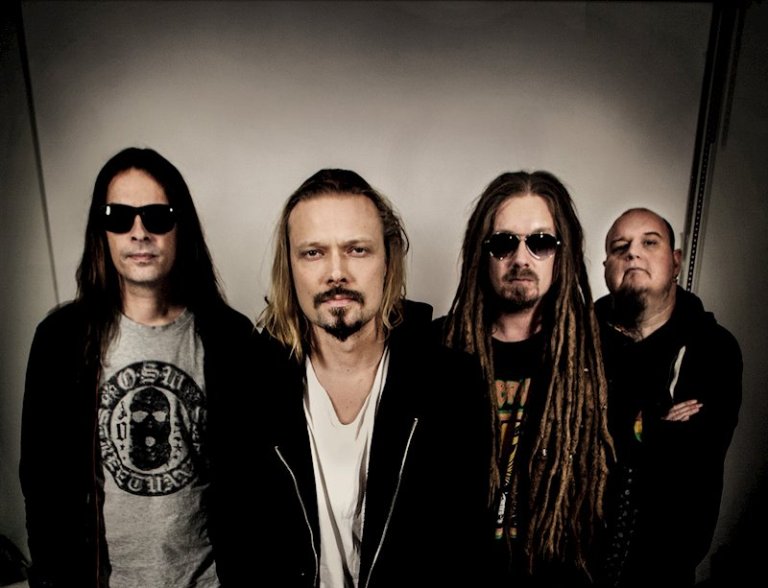 Flat Earth, the band formed by former members of HIM, Amorphis and Polanski have released a new single, a live cover of Nirvana‘s ‘School’.

The band’s creative vision was to utilise the heyday of alternative rock while also drawing from a variety of other genres without losing the thread in-between. To that end, they released their debut album None For One and this new single proved a natural extension of that format. Both records are available via Drakkar Entertainment.

According to the band, “We were trying out a few songs. Anthony (Pikkarainen) then suggested ‘School’ and Linde (Miko Lindström) was like that’s his favourite Nirvana song. We played it once and realised that this works well for us. So we recorded it on our very first show that we ever played live together. Even if it’s not our song, the live version captures well how Flat Earth sounds.”

You can watch the video to Flat Earth’s single right here at Ramzine.