Looking at the Ghosts Of Sunset 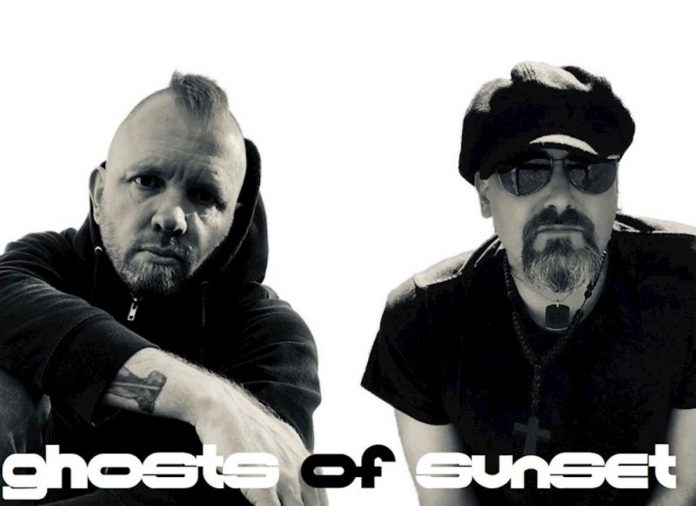 US band Ghosts Of Sunset has just brought out their latest single, ‘Look Me Up (If You Come Down)‘, through Golden Robot Records, and there’s also an official video that you can catch right here at RAMzine.

Featuring punchy guitars and toe-tapping drums, the song explores how the city can make or break anyone who dares take their chances on its streets. Every day finds someone new taking their first steps down the sidewalk, ending up in the highest of places, never realising that the cost of climb is everything you ever were.

You can order ‘Look Me Up (If You Come Down)’ here.

With over thirty years’ experience in the music business, Merchant and Long, alongside a cast of musicians with their roots in the 1980s hard rock/hair metal scene, whose resumes included L.A. Guns, Ratt, Enuff Znuff, Kix, and the Lita Ford Band drew attention with the release of their debut EP Headed West.

The singles from that EP –  ‘Miles In-Between’, ‘Never Goodbye’ and ‘Another Rock N Roll Show’ – clocked up several hundred thousand streams between them, plus the charity single ‘All I Wanna Do Is Rock’ had all proceeds going to Save Our Stages.

Back in June, they followed-up releases from the EP with a new single in ‘No Saints In The City’ (available here) as well as more recently, ‘If You’re Not Coming Back’, that can be ordered here, while you can catch the video to it right here at RAMzine.