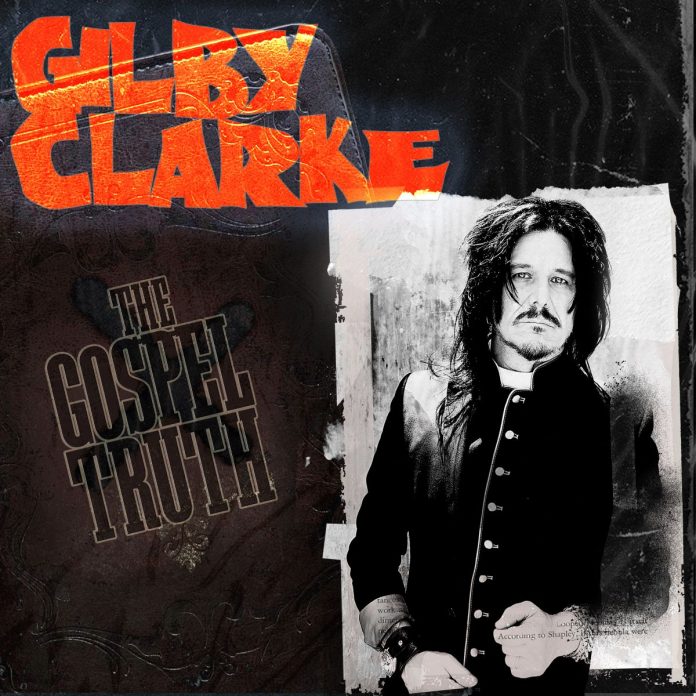 Out now via Golden Robot Records, ‘The Gospel Truth’ is the second single lifted from former Guns N’ Roses guitarist Gilby Clarke’s forthcoming album of the same title, and is about the concept of truth today.

The truth is whatever someone says out loud, no one is accountable and it’s puzzling, according to Clarke. Within the song, the looks back over his upbringing within the Catholic church, and reflects on the idea that honesty shouldn’t come from fear, and encourages the listener to be brave, say what they mean, and mean what they say.

As listeners will discover he singer/continues his old school mash-up of Keef, Johnny Thunders, and B.B. King, having done so since he hit Hollywood as a young punk when he was 17.

Playing in a slew of bands since then, and gracing TV screens on the widely watched rock reality show Rockstar: Supernova, Clarke currently splits his time between his own solo act and playing with the all-star alumni Kings of Chaos (that’s featured the likes of Matt Sorum,Steven Tyler, Joe Elliot and Gene Simmons too).

You can stream/buy ‘The Gospel Truth’ by clicking here.