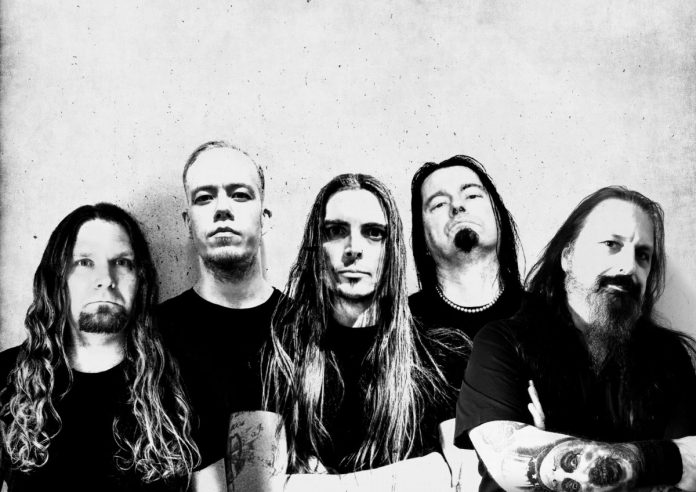 Uncompromising thrash metal pioneers Onslaught intend to bring a new level of brutality with what’s claimed to be one of the most ferocious albums ever made:  Generation Antichrist – An album inspired by a world full of hatred, megalomaniacs & political madness.

“We wanted this album to sound like an audio backdrop for the lyrics contained within, dark and brutal in the extreme – which is why we invited producer Daniel Bergstrand to come in and deliver what I think is an absolutely awesome mix!” said guitarist Nige Rockett who formed Onslaught alongside Paul Hill on bass, in Bristol back in 1983.

“This is also a real perfect time for our new vocalist Dave Garnett to make his name within Onslaught. He’s stepped up to the mark in a big way over the past year, having stood in for some live shows when Sy Keeler was unavailable. So, when the full-time position became available, he really couldn’t wait to get in the studio and do the business!”

Track featured on Generation Antichrist are ‘Rise to Power’, ‘Strike Fast Strike Hard’, ‘Bow Down To The Clowns’, ‘Generation Antichrist’, ‘All Seeing Eye’, ‘Addicted To The Smell Of Death’, ‘Empires Fall’, ‘Religiousuicide’ and ‘A Perfect Day To Die’.

“Even at this early, early stage,” said Rockett, “Everyone who has heard Generation Antichrist has a variety of favourite tracks. ‘Strike Fast Strike Hard’ is a banging track for an Onslaught album, it’s right up there with ‘Let There Be Death‘ and ‘Chaos is King’. It has real punky edge to the chorus, which I love, it’s so fucking raw – it’s a truly relentless thrash album from start to finish that really pushed the boundaries of our playing to the maximum once again.”

You can pre-order Generation Antichrist by Onslaught by clicking here.