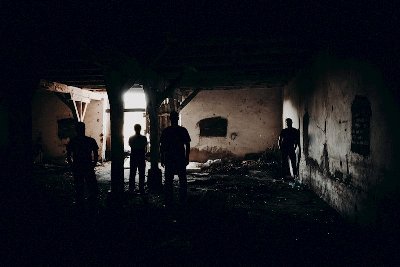 Gorycz have signed to Pagan Records, with whom they will release their debut album Piach.

The Polish band’s name translated into English means bitterness, but there don’t appear to be any regrets on how they came together.

Gorycz were formed in 2016 when ex-Aeon members Przemek Grabowski (Guitars) and Tomek Kukliński (Vocals) decided to return to the roots of their first band and create music together again. They were soon joined by Non Opus Dei members Wojtek Błaszkowski (Drums) and Krysiek Górski (Bass), who sought something casual and spontaneous to unshackle their creativity.

Without a set concept or goal other than to enjoy themselves through several months of exploration and improvisation they came up with Piach. That word translates as “sand” and according to Grabowski, in the context of the album’s lyrics it can be viewed as meaning death, and that’s why piach “is a necessity with which we must become accustomed to as people”.

Piach by Gorycz will be available on CD, vinyl and digitally as of 2nd November.