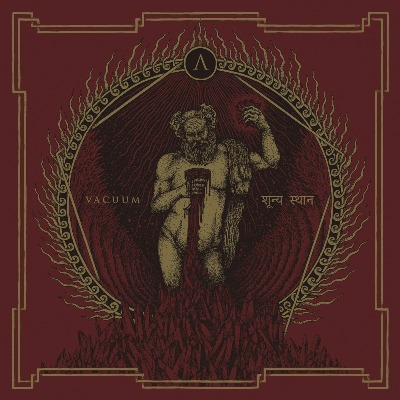 The collective known as Entropia have been developing their acidic formula and will be bringing out Vacuum through Arachnophobia Records.

It is intended as an exploration of rhythmic repetition in combination with riffs and the overall atmosphere generated by the band.

The result is seen as a mixture of completely opposite worlds in which the instrumental trance and electronics drawing directly from the scenes of Goa, techno and IDM, as well as from the accomplishments of kraut rock classics, meet alongside the most extreme moments in the band’s history.

Rhythm patterns bind the album together, shaping the magma of sounds into the form of six songs spanning over one hour in length. They are: ‘Poison’, ‘Wisdom’, ‘Astral’, ‘Vacuum’, ‘Hollow’ and ‘Endure’.

Vacuum was recorded live at Raven Studio with sound engineer Andrzej Dziadek, with Maciej Wiergowski responsible for the production of the music. Illustration and design for the record was made by Kuba Sokólski.

The overall intention for the band is that of an ongoing search for the new ways of expression of one’s emotions. To that end Vacuum mirrors the conflicted reality seen through the eyes of the band.