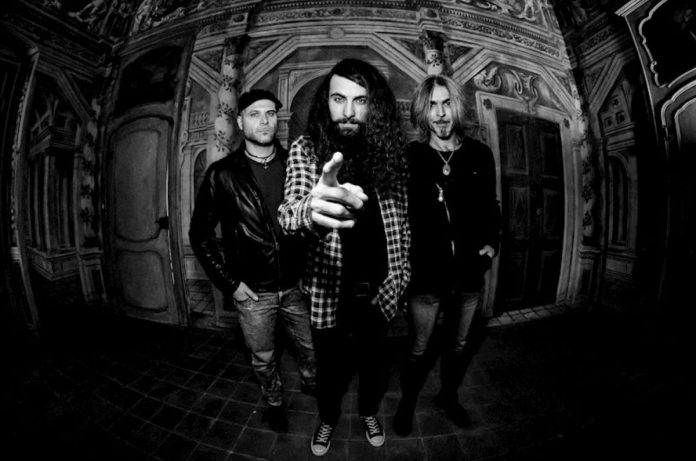 Italian alternative rock band Gunash has released a new single in ‘Predators’ through Golden Robot Records, taken from their new album All You Can Hit.

The song ‘Predators’ is the third single off the album and features vocals from legendary stoner rock icon Nick Oliveri (Queens Of The Stone Age, Kyuss, Mondo Generator), who interpreted the song with his unmistakable style and wrote his own alternative version of the lyrics. The song tells us that there are many kinds of predators in the world, but their purpose is only one: to take our life, in every meaning of its concept.

You can stream/buy ‘Predators (feat. Nick Oliveri)’ here and check out the video for it here ar RAMzine.

Aside from ‘Revenge’, the album features the tracks ‘B.J Quinn’, ‘The Sea is Full of Dreamscapes/The Kraken’, ‘Emerald City’, ‘House of Sand (A Bad Dream)’, ‘Winter Wind’, ‘Crimson Tentacles’, ‘The Graveyard-Keeper’, ‘Predators’ and ‘No More Promises’.

Inspired by the Seattle sound and the 90s the alternative rock scene, Gunash got together in Bra, Italy, under their auspices of singer/guitarist Ivano Zor Zorgniotti and drummer/percussionist Danilo Pannico Abaldo.

Over the course of their career, Gunash has performed in Italy, Spain and the USA, including headlining at the legendary club Whisky A Go-Go in West Hollywood.  In recent years Foo Fighters keyboard player Rami Jaffee has tinkled the ivories alongside producing albums and EPs for the band, and Nick Oliveri of Kyuss and QOTSA fame has also played with the band.

Previously, the band released the single ‘Revenge’ – A powerful rock song that describes how we sometimes trust the wrong people, and that the consequences of these choices lead us to hate those people to such a point that we wish bad things on them. But we, for the sake of dignity, dissimulate our real feelings in public.

All You Can Hit, is a play on “All You Can Eat,” a trend that many restaurants have adopted and that the band consider one of the many examples of spreading consumerism into our society.

‘House Of Sand (A Bad Dream)’ was the single before that and you can also check out the video for that here at RAMzine.

‘House of Sand (A Bad Dream)’ is a transcription of a dream, a perfect allegory about the love and care necessary to set up house with a beloved woman, and the troubles that arise if the couple is not well-matched. Sonically, the track features melodic verses with a change of dynamics in the decidedly more violent choruses, with 90s grunge rock flavour. The song ends with a dreamy instrumental coda.

You can still order ‘House of Sand (A Bad Dream)’ here