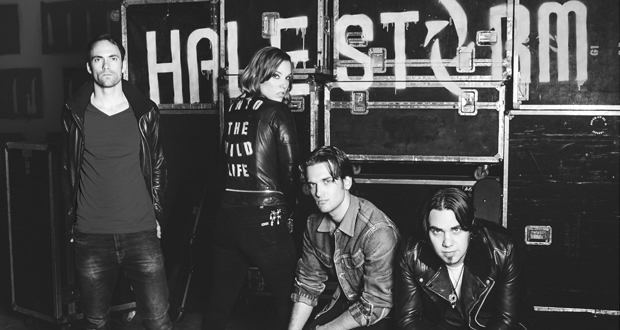 With Halestorm set to release their 4th Studio Album Vicious’this Friday the 27th of July,  the band have just released the 3rd Single from the album titled “Do Not Disturb“

“Do not disturb” is bound to excite fans,”  Lzzy states, “I had fun, I like to push the envelope with the sex stuff and it’s very much a part of who I am… and sex, drugs, and rock n’ roll go hand in hand, so I hope you enjoy it!”

The video is an animation showing two women and a lone man in a Hotel room , leaving everything to the imagination of the fans, in a mellifluous and sultry tone Lzzy sings the words. Check it out below: