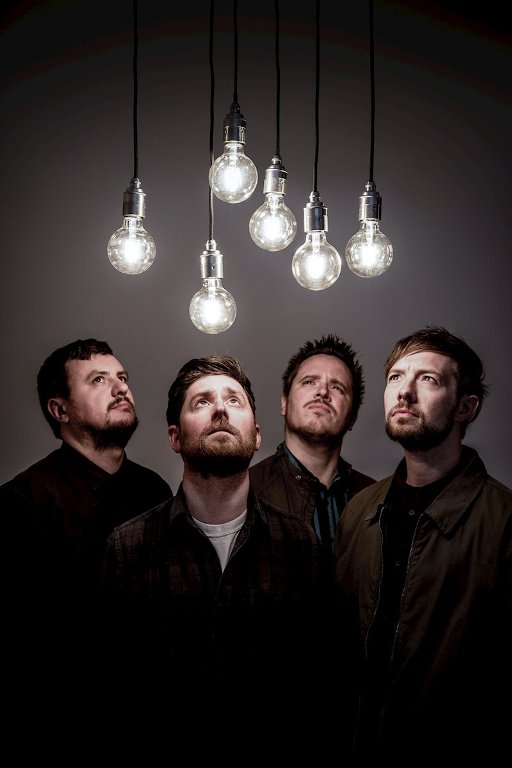 Following an informal hiatus, rock band Hawk Eyes is back with a fourth album, Advice, offering words of wisdom taken from the world’s headlines, Soviet history and the work of Thomas Pynchon no less!

Due for release on 6th September through Drakkar Entertainment the band’s aim was to create an album where every track has its own identity, yet it works as a whole. They also feel like guitar solos are underrated these days and tried to fit in as many as possible… They also had actor and writer Richard O’Brien, creator of The Rocky Horror Picture Show, to voice a spoken part on the track ‘Smokes’.

Formed in late 2004, and featuring Paul Astick (Vocals & guitars), Robert Stephens (Guitars), Ryan Clark (Bass guitar) and John MacKenzie (Drums), the award-nominated Hawk Eyes have played to audiences all over the world, sharing stages with the likes of System Of A Down, The Foo Fighters, Iron Maiden, and Metallica.

They snuck out ‘Royal Trouble’ as the first single from the album and have just followed that with the high tempo ‘Perfect Again‘ and you can watch the video for it right here at RAMzine.