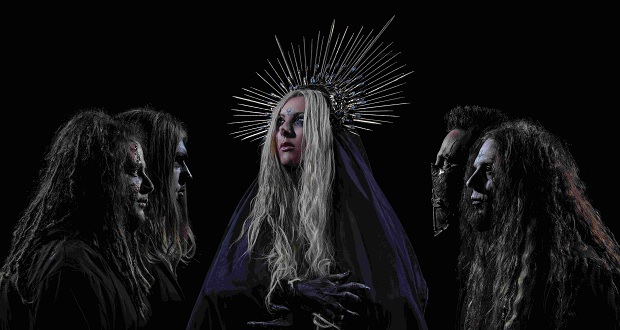 Maria Brink and her metal mob, In This Moment, have revealed details of their upcoming sixth studio album ‘Ritual’.

The album will be released on July 21st via Atlantic Records and is produced by GRAMMY nominated Kevin Chucko – who has previously worked with Ozzy Osbourne and Five Finger Death Punch.

‘Ritual’ includes ITM’s dramatic re-imagining of Phil Collins’ classic ‘In The Air Tonight’, as well as a collaboration with Rob Halford entitled ‘Black Wedding. The record also features the new single ‘Oh Lord’ which you can see the video for below:

Front-woman Maria Brink had this to say:

“It’s like we’re going into the next realm, I had a conviction of feeling empowered in my life and with myself.  I always write from a personal place, and I needed to share that sense of strength.  I’ve never been afraid to hold back.  Sometimes, I can be very suggestive.  However, I wanted to show our fans that this is the most powerful side of myself and it’s without overt sexuality.  It’s that deeper serious fire inside of my heart.”
“When fans hear this, I want them to feel the music, whether they take away sadness, anger, or happiness,” adds lead guitarist Chris Howorth. “As a kid, I remember listening to records and putting them on repeat over and over again. I’d love for the world to listen and absorb this as a piece of work.”
‘Ritual’ can be pre-ordered today here – with all digital pre-orders coming with an instant download of ‘Oh Lord’ and further tracks to follow in the weeks leading into album release.  Exclusive pre-order bundles, which include custom IN THIS MOMENT branded rosary beads are also available at the band’s webstore
Share
Facebook
Twitter
Pinterest
Linkedin
Email
Print
Mix
Previous articleReview: Papa Roach – Crooked Teeth
Next articleBloodstock adds Devilment and many other bands to 2017 line-up