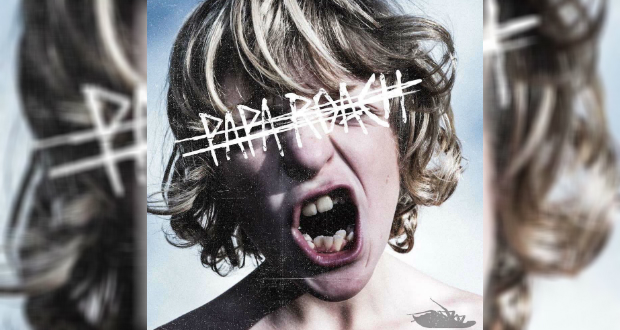 It’s been two years since the last album was released by our teenage dark love, Papa Roach and this will be the band’s ninth studio album. So, what’s new? Let’s find out.

I’ve said this before and I undoubtedly will again, but when a band releases a statement such as the following; “We really wanted to kind of venture back into the earlier… with albums like Infest” then you know full well not to have your hopes up high as I have never seen it happen successfully before.

I’ve been listening to this latest incarnation for a week now and I still haven’t quite made my mind up on it. Instantly diving in with track one ‘Break The Fall’ lyrically it’s deep and meaningful but it’s sounding very much like an anthem song.

Track two is back to a more familiar and nostalgic feel for me. The title track of the album is much more familiar, faced paced and energetic harking back to The Paramour Sessions from 2006. I think this is also true of the third track ‘My Medication’.

And then, everything changes dramatically. We are introduced to a very different feel with ‘Born For Greatness’. All I can say is it feels like going back to the early 2005’s when you had more experimentation with voice manipulation. This song has violins, rhythmic clapping and a pop-club drop in Shaddix’s voice when he says “greatness”. It’s a very poppy sensation that feels easily over ten years out of its time frame. Without wishing to sound like a music snob [or as the kids today say “elitist”] I don’t see the reason behind this decision. If every song was the same then perhaps you could claim it to be a new direction for the band to move towards but it sticks out like a sore thumb and it’s such a dated medium that it has no place in this time period.

‘American Dream’ is a lighter song, more upbeat in it’s instrumental persona. Lyrically I think it’s a more political song, speaking out about violence and fighting that occurs within the US. The sixth song, ‘Periscope’, has this return to a very pop experience with accompanying guest vocals by Skylar Grey.

We rocket back to the anthem-fuelled teenage angst vibe with ‘Help’. This whole album seems very disjointed and has no real direction or flow to it that I can work out.

Here is the music video for Help:

I will admit that I haven’t really listened to Roach since Metamorphosis, which was nearly ten years ago now but I was a huge fan of their work from Infest right up to Metamorphosis.

Machine Gun Kelly guest vox on ‘Sunset Trailer Park’, the eighth song and is quite a moving song about childhood, parenthood and the hardships endured in the artists past.

‘Traumatic’ and ‘None of the Above’ bookend the album with pretty repetitive lyrics and once again delve into the synthic manipulations of Shaddix’s voice with moments that resemble the older school of Papa Roach.

In essence, Crooked Teeth is a confusing album. Even Shaddix reported to Blabbermouth that it’s “all over the place” and has “pop sensibility in it”, whatever that means.

The ninth album, Crooked Teeth is out on May 19th and I would be very interested to hear what you all think of it. For lovers of the older Papa Roach I’m not convinced you will grab it with both hands with joy.