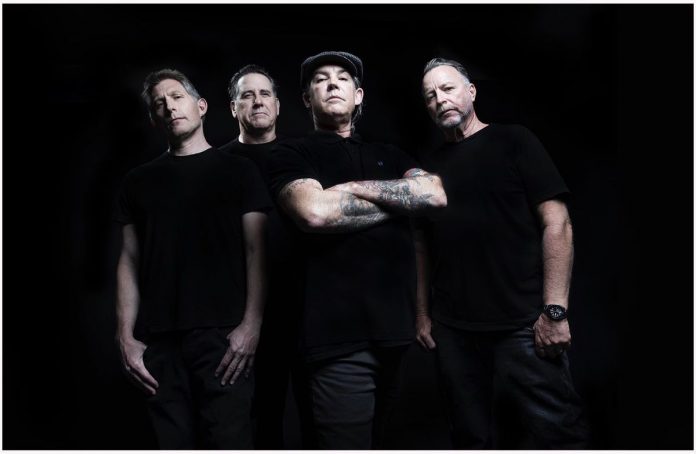 It’s the summer of 2020 at the peak of a global pandemic with the world in lockdown. So, what do you do if you’re a Southern California punk rock band and just finished recording your album? Well, if you’re Infamous Stiffs you make a video with all of your favourite friends… Socially distanced and safely, of course!

The all-star video in question is for new single ‘Freak Parade’, available now on all digital platforms through Die Laughing Records, the band having signed with them in in December 2020.

Formed the year before, the members of Infamous Stiffs have spent decades playing punk rock ‘n’ roll in various incarnations.

Produced by David Irish, Kill For The Sound is the title of their forthcoming 13 song album, that will see both a digital release and a further limited edition 12” vinyl LP.

Shot in Los Angeles, the video for ‘Freak Parade’ was directed by Gabby O’Neill and edited by Nathan ‘Karma’ Cox, with Director of Photography Christopher Blauvelt, and Jack Grisham of TSOL acting as narrator.

Check out the video right here at RAMzine.