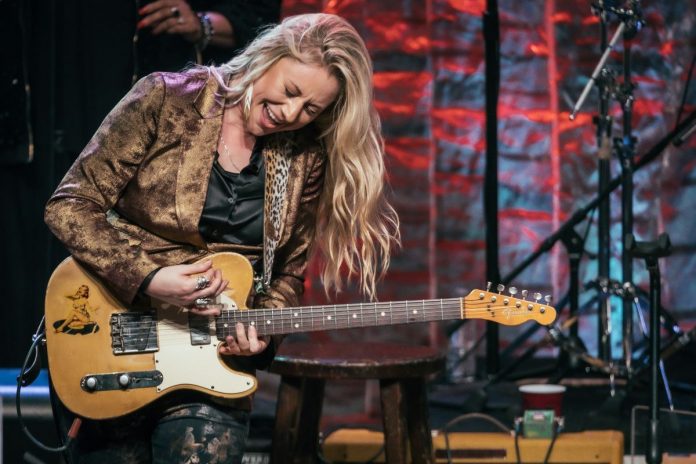 Young English guitarist Toby Lee, who’s made a name for himself performing on US TV shows and in the musical School Of Rock, is special guest on all shows.

Planet Rock will start a 48-hour ticket pre-sale on Wednesday 2nd February at 10am GMT via planetrocktickets.co.uk.  Tickets will then go on general sale from Ticketek.co.uk, Seetickets.com and Gigantic.com

Taylor will perform songs from her latest critically acclaimed release The Blues Album, a record that topped Billboard Magazine’s Official Blues Album Chart. It was also voted #1 Most Played Blues Album of 2021 by the Independent Blues Broadcaster’s Association.

She will also dig deep into her back catalogue where she will hand-pick songs from her previous albums such as Reckless Hear, Wild, The Dirty Truth, Almost Always Never, Diamonds In The Dirt, and White Sugar.

To mark the UK dates announcement, Taylor has released a new single in ‘Stop Messin’ Round’, and about which she remarked:

“’Stop Messin‘ Round’ was originally released by Fleetwood Mac in 1968 around the time of the British Blues Boom in London. The song was written by Fleetwood Mac’s guitarist, Peter Green. I just love the track and wanted to play it.

“Most of my decisions on the songs for this album were very basic. Do I really like it? Am I going to enjoy performing it? Fleetwood Mac were obviously a massive part of that era of Blues and Peter was one of our greatest blues players and singers”.

As those who’ve heard the song on her new album will be aware, a casual count in gives the impression we’re in for a laidback little number only for an abrupt shot of guitar to belie any such considerations.

Rather, good time, rocking and rolling barroom blues with steamy dirty guitar licks and a back-of-the-throat guttural vocal holler delivery to put a smile on your face is what’s in store. An extended piano solo is followed by one that wails out on guitar and takes you all the way home.”

You can find RAMzine’s review of The Blues Album here.