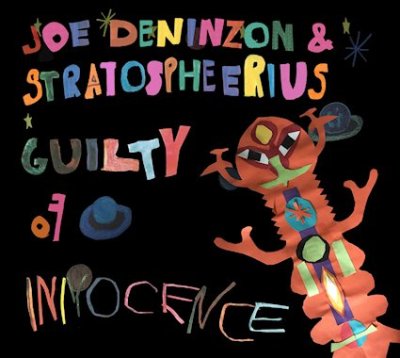 The record found some surprise support from the European indie charts this past summer and was a breakthrough album in North America, hitting # 4 on the Relix/Jamband radio charts.   A new single and video for ‘Behind The Curtain’ has been released prior to Guilty Of Innocence’s vinyl outing.

Deninzon has been described as “Amazing on violin and a great musician!” by Testament guitarist Alex Skolnick, the pair first met at a New York City gig back in 1999, Skolnick himself having spent three years with Stratospheerius and appeared n two of their albums. He guests on the epic Guilty Of Innocence track ‘Soul Food’, as do Randy McStine (Vinnie Moore, Stu Hamm) and Renaissance keyboard player Rave Tesar – Deninzon acting as concertmaster on the Renaissance new live CD/DVD Symphonic Journey, with vocalist Annie Haslam having spotlighted him as “a talented violin player” in press for their first tour together.

In his book Discovering Rock Violin, UK’s leading cinematic electric violinist Chris Haigh lists one of Deninzon’s recorded solos on Stevie Wonder’s ‘Contusion’ on his Live Wires album as among the Top 20 greatest rock violin solos of all time. Stratospheerius, the band, have showcased their “frenzied melange of progressive rock, jazz fusion and funkabilly” throughout the world playing numerous festivals and co-founding the travelling SonicVoyageFest with Circuline and Shadow Eden, as well as opening for a number of major artists.

Regarding new single ‘Behind The Curtain’ Deninzon said:“It’s about the rise and downfall of celebrity and the dark soul of our society. We have a primal fascination with chastising someone while we ourselves often lead double lives, hiding all kinds of skeletons in our closets while pretending we are faultless. We cathartically project our own demons onto public figures and relish watching someone go down in flames”.

The band represents the demons who continue to hover around and haunt this man, with a nod to the Droogs from A Clockwork Orange. It was co-produced by renowned MTV producer David P. Levin, Filner at Alpha Wave Studios in East Hanover, NJ, and edited by David Milone and David P. Levin.

You can pre-order the vinyl edition of Guilty Of Innocence by Joe Deninzon & Stratospheerius by clicking here. 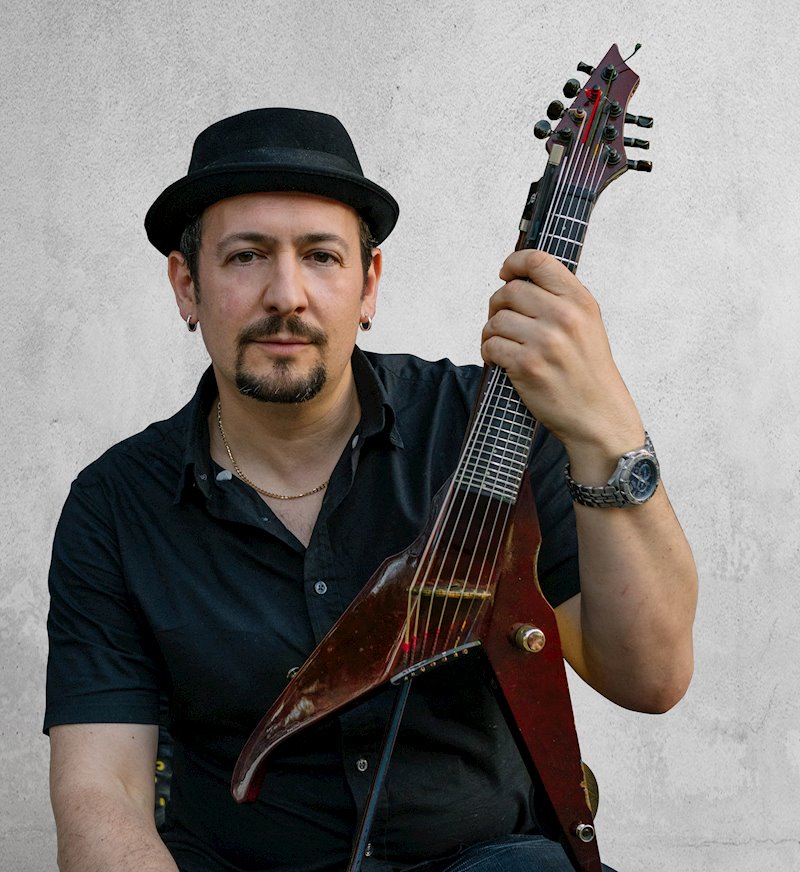