Johnny Wore Black is Back 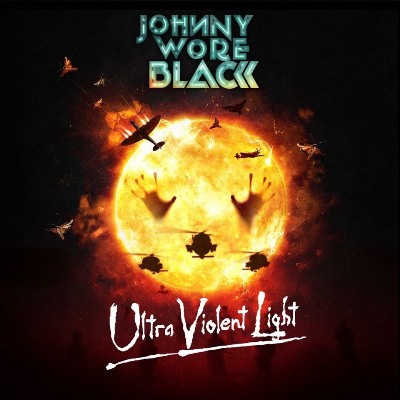 Put together by vocalist Jay Coen in 2012, with a view to writing and creating music felt deep in his heart. Having written songs since his teens, there was plenty of past material, a selection of which needed exorcising before new works could develop. The first album was an exploration into older songs with a few new ones and ended up being split into two parts, released in March and November of 2014 entitled Walking Underwater Parts 1 & 2, then went onto create a number of  music videos to accompany the Johnny Wore Black tunes.

Added to this, Coen is also known for his stunt career, having appeared in films such as Game Of Thrones, Ready Player One, Spectre, Hitman’s Bodyguard, Rogue One and Spiderman-Far From Home, so follow-up Ultra Violent Light was released three years later, and in collaboration with David Ellefson, David Bottrill, Simon Hutchby and Gez Walton.

The album is available digitally by clicking here and on iTunes here.

You can watch Johnny Wore Black’s video for ‘Gun True Love’ right her at Ramzine.