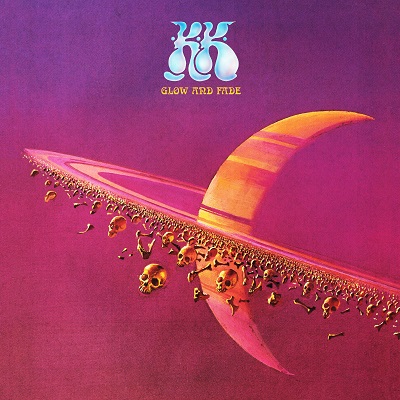 Kilbey Kennedy’s fifth album Glow And Fade celebrates a decade of collaborations from Antipodean musicians Steve Kilbey and Martin Kennedy, and will become available on the 24th November through Golden Robot Records.

If the names appear not too familiar on UK shores, their credentials speak highly of their work, and in the case of Kennedy his music must certainly have reached your ears, it having appeared in TV shows including CSI: Miami, One Tree Hill, The Lying Game and the UK’s long running Emmerdale. Since 1999, his band All India Radio has also released ten acclaimed albums.

Similarly, Kilbey is one of Australia’s most loved artists having been declared a singer, songwriter, bassist, painter, writer, poet, actor and sage, apparently. In 1980 he formed The Church, and he has released 14 solo music albums since. His song ‘Under the Milky Way’ won Best Single of the Year at the Australian Recording Industry Association (ARIA) awards event back in 1989.

Glow And Fade features eight tracks: ‘Glow And Fade’, ‘The Game Never Changes’, ‘They Know’, ‘We Are Still Waiting’, ‘The Law of the Jungle’, ‘Levitate’, ‘The Story of Jonah’ and ‘One Is All’.

Title track and second single ‘Glow And Fade’ is spacey dream rock and follows first single ‘We Are Still Waiting’ that saw Kilbey duetting with Melbourne vocalist, Selena Cross. Elsewhere ‘The Game Never Changes’ is a sixteen minute prog-rock inspired epic, while ‘They Know’ echoes the oblique lyrics David Bowie and Roger Waters.  “The songs are about wide eyed naiveté and crushing cynicism, nature of time, time of nature, the struggle and the defeat, love in all its old disguises. It really is quite a journey,” commented the singer of the album as a whole.

The album is bookended by ‘One Is All’, a play on ‘All Is One’ from Kilbey Kennedy’s first album together, intended as an uplifting conclusion to Glow and Fade of which Kennedy commented: “Musically it is the ultimate convergence of all my music projects and influences from my childhood love of Pink Floyd to the atmospheric landscapes of my All India Radio project and the dream rock of our Kilbey Kennedy output. It all comes together on Glow and Fade“. You can find out for yourselves as of 24th November, and watching videos of the two singles released, here at Ramzine.