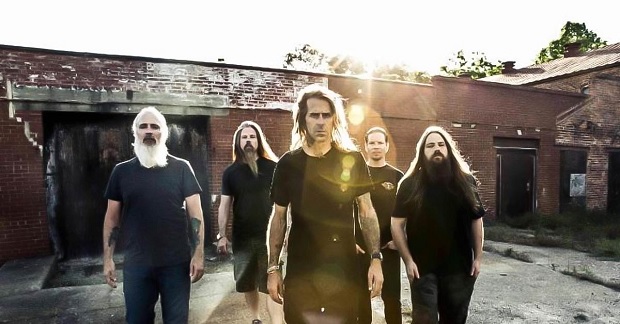 Lamb of God have announced that they are going to be releasing a new EP entitled ‘The Duke’. However, this one comes from a place with a very different set of circumstances to more traditional albums.

This brand new and very special EP has been written in memory of Lamb of God fan and more importantly, friend, Wayne Ford who recently passed due to his terminal leukaemia.

“A little while ago I became friends with a fan named Wayne Ford – he was terminal – leukemia. I talked with him often, even video chatted him into the studio. He was very calm about his impending death, and we discussed it very openly. I learned a lot from him. This song is for him.”

Check out this video explaining the inspiration behind the EP

The title track, from which the album is named, is dedicated to “The Duke” Wayne Ford. We have all heard of bands visiting their fans in hospital or fighting for their rights to wear their t-shirts in schools in the USA but this is a completely different level of fan appreciation and care. This is a rarity in the music industry and it clearly goes to show how close Lamb of God became with Wayne and how his acceptance of his demise became an extraordinary humbling factor of their relationship and speaks volumes about his character. You can understand why anyone would become touched by such a shared experience and want to bring it to the world’s attention, to make a difference and raise money to combat such a crippling and devastating disease.

As a result this EP understandably carries a lot of weight to it. This terrible news has not only sparked a new album, but as part of the band’s on-going dedication to Wayne, the following items are going on sale, with all the proceeds going to Leukemia & Lymphoma Society:

Signed copies of ‘The Duke’ EP on CD,

Signed copies of ‘The Duke’ EP on Vinyl,

Signed copies of Randy Blythe’s book.
More items are available that will be listed at a later date.

The charity campaign is being hosted via Propeller.la and will launch shortly.

The release dates are November 18th and the 12” vinyl edition will be available one week later on the 25th. Pre-orders are available from Amazon, Nuclear Blast and iTunes as of today.