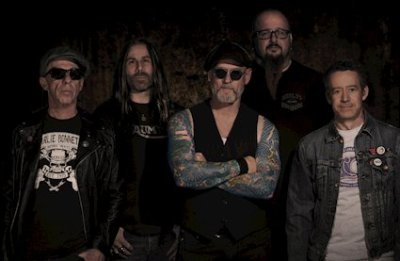 US rock ‘n’ roll survivors Little Caesar have signed a global deal with Golden Robot Records for the release of their first studio album in six years, titled Eight it will be available as of 16th March. In the month before, they will drop their first single, a semi-power ballad taken from the parent album titled ‘Time Enough For That’ and being a UK tour that will take them through until 10th March.

Bursting onto the LA scene in 1987, big things seemed inevitable for Little Caesar, a band who had the winning combination of being managed by Jimmy Iovine, A&R’d by John Kalodner and produced by Bob Rock – Their blend of soulful, yet ballsy hard rock being a perfect reflection of the musical climate that spawned them.

After making their first vinyl appearance on Street Survivors, an anthology released by Metal Blade in 1989 they signed with DGC Records under Geffen. However, within weeks of the release of their self-titled 1990 debut, their label was sold. In the mix-up all their records were lost in transit to the new distributors and the bean counters anvil came down on a band who were just getting going.

Despite this, Little Caesar hit the road following the success of their cover of Aretha Franklin’s ‘Chain of Fools’ and toured with bands as varied as Jane’s Addiction, Kiss, Iggy Pop, Billy Idol, Social Distortion and Lynyrd Skynyrd. They also headlined their own tours across America and scored heavy rotation on MTV.

In 1992 they released their second album, Influence, and toured Europe for the first time, selling out the legendary Marquee Club and scoring rave reviews. That same year vocalist Ron Young appeared in Terminator 2 as a tough talking biker that gets into a fight (and inevitably is thrown out of a window) by Arnold Schwarzenegger.

Just as they got going again, like so many hard rock bands, they were stopped in their tracks by the grunge movement and disbanded for over a decade, returning briefly for a string of high profile shows in 2001 then resurfacing in 2009 for the release of their fourth album Redemption and returned to Europe and the UK. In 2012 they released American Dream and performed at the Hard Rock Hell festival in Wales that December, returning the following year to appear at The Download Festival, releasing the double live album Brutally Honest in 2016. Then, last year, following extensive touring, they entered the studio with Bruce Witkin to produce Eight.

“Little Caesar is excited about joining the ever-growing Golden Robot Records family,” said the band’s front man Ron Young. “We are in great company with a great company. Being based in Australia, which has given birth to some of the greatest rock ‘n’ roll bands, makes us excited to be part of their worldwide expansion. We see great things in 2018 for us and everyone that we share our music with at our new home.”

“With Golden Robot Records currently expanding its artist roster to include bands based in the USA, Canada and Europe, when I met Ron Young in LA last year, and having been a fan of Little Caesar for many years, I knew that they would fit perfectly into the growing GRR family,” said Mark Alexander-Erber, president & founder of the record label. “ Little Caesar being one of our first global international signings is exciting for myself and the label.”

Eight will be available for pre-order on 5th February, and Little Caesar’s UK tour starts on the 21st as you can see from the dates listed below. 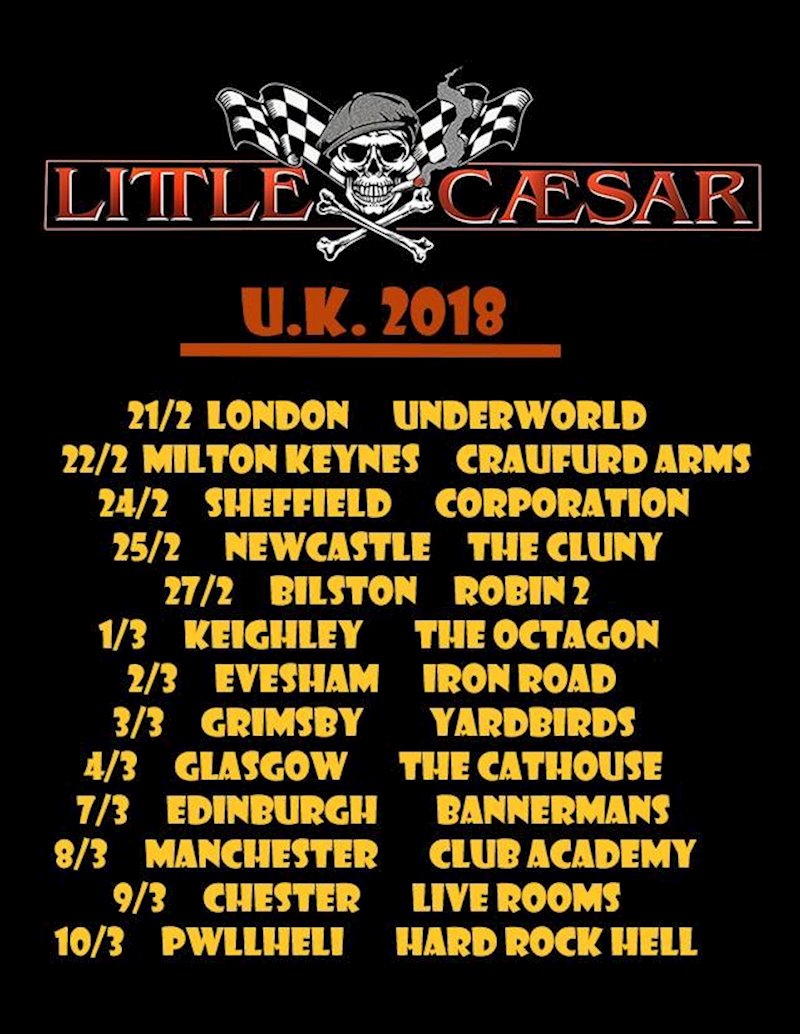