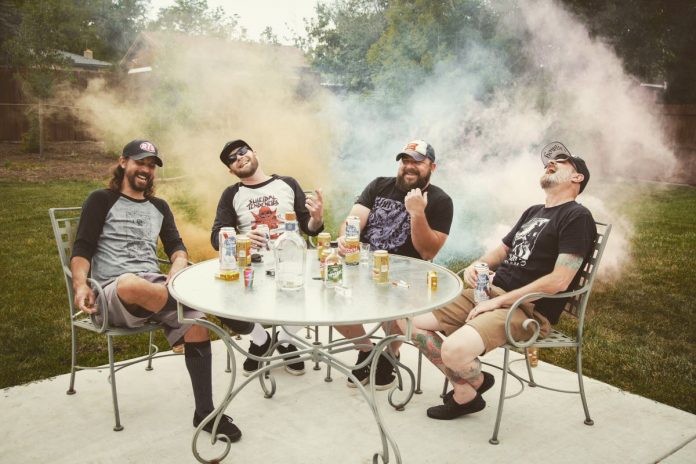 Denver dirt rockers Lost Relics deliver sludgy, doomy and damn riff heavy music – Their intention being to come at you with the same intensity as bands like Corrosion of Conformity, Down, Crowbar and Clutch.

Lost Relics formed in 2019 and have been gaining steam since the day they plugged in. From the ashes of Low Gravity, The Worth and Smolder and Burn, Marc Brooks, Jess Ellis, Jason James and Greg Mason quickly hit the ground rolling.

After releasing their self-titled EP in February of 2019, they began steadily been taking the stage to open for national acts and playing festivals across the front range of Colorado.

On teaming up with Coffin & Bolt Records in September of 2020, Lost Relics is now in the process of finishing up an EP for release this year. However, in between the wait they’ve released a couple of singles.

In December they dropped ‘Unrealistic Cause’. According to the band, the weight of indifference is the boulder that crushes our society. Empathy is dead and with it so are we. It is an ‘Unrealistic Cause’. Thus, the band endeavour to employ Richter scale riffs to manifest the emotional density of these troubled times.

You can stream/buy ‘Unrealistic Cause’ here.

‘Now We’re Here’ was the band’s follow-up and it’s also the title of the band’s new EP. Dark times and isolation manifest themselves into driving grooves and breakneck time changes in this barnburner track.

You can stream/buy ‘Now We’re Here’ here and catch the video to it right here at RAMzine. As for the Now We’re Here EP, that’s out on 30th April and you can pre-order it here.