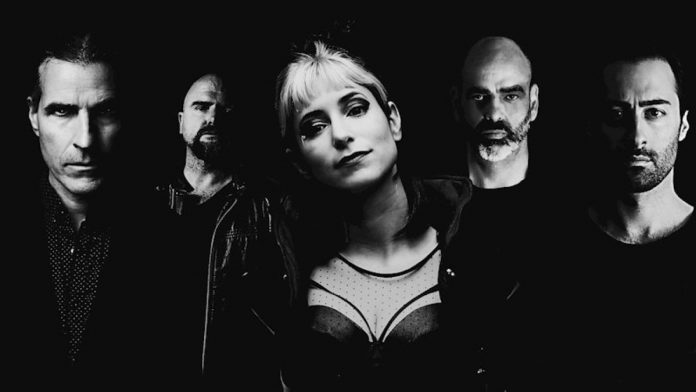 Los Angeles four-piece Trope formed in 2016, and those in the know describe them as being reminiscent of A Perfect Circle or Tool with female vocals, but to that add progress textures and melodies rooted in the alternative rock world.

They’ve played a European tour with Kings X, opened for The Cult in Reno, Nevada, playing world-renowned venues themselves and were featured as one of HEAVY Mag‘s Top 40 Female Rock Acts in their Ladies of Rock Edition in 2019.

The band has in recent times been working towards the release of their debut album Eleutheromania, that will now see the light of day through Beats Mee Records on 31st March.

“To have the support and faith in something you work so hard to create, that you deeply hope will resonate with others, is a real blessing,” said vocalist Diana Studenberg of their record label signing and the input of all those involved, adding, “We are beyond excited about the future.”

However, going back to where it all began l began, that happened when guitarist/producer Moonhead and Studenberg hooked up. They spent the next two years writing, recording and gathering additional band members, their debut album being engineered by Mike Fraser (AC/DC, Aerosmith, Metallica), mixed by David Bottrill (Tool, Peter Gabriel) and mastered by Ted Jensen (Eagles, Dave Mathews Band, Pantera, AIC).

Eleutheromani is a work that’s said to refer to a mad zealousness or irresistible craving for freedom.

The band’s intent being to combine hypnotic rhythms with dark, progressive elements, with singer Studenberg giving the band a range of delicate-to-angst vocals that cascade dramatically over the melodies.

“My love for music has always been like a life vest for me in a sea of uncertainty,” said Studenberg. “I think most, if not all, people have tumultuous scenarios in their life that impact them at different levels based on so many factors. And some people have more or varying tools on how to deal with those things. My tool is artistic expression and it’s driven me to want to create something long lasting that I could be proud of.”

Trope has previously released the singles ‘Lambs’ and ‘Shout’, the latter being a cover of the Tears For Fears classic. Now they have a new single, from Eleutheromania, with accompanying video, out title ‘Pareidolia’.

You can order the album and other Trope related merchandise at Spotify, iTunes, Apple Music and here.