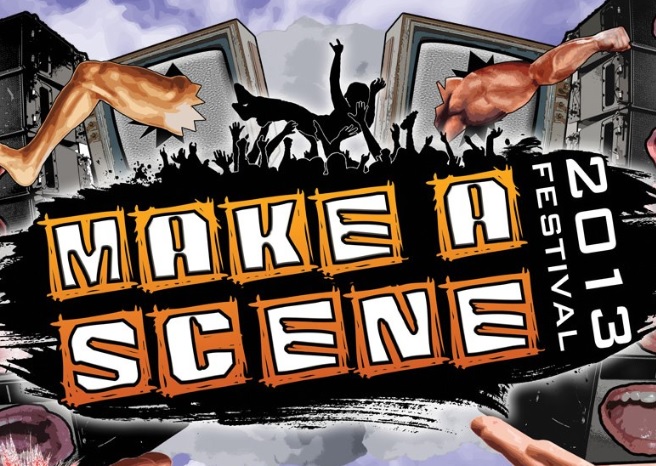 Make A Scene Festival has revealed the final line-up for this year’s edition of the annual day long festival.

The 2013 festival will be headlined by Southampton lads Bury Tomorrow with the likes of Mallory Knox, Brutality Will Prevail and Hacktivist also making an appearance.

Check out the final line-up poster below! 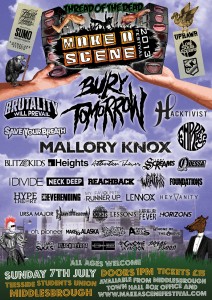 And if you’re still now satisfied after a day like that leading club night hosts Uprawr will be taking care of the after party! Make A Scene Festival will take place on July 7th at the Teesside University Students Union in Middlesbrough. Tickets can be ordered from here.