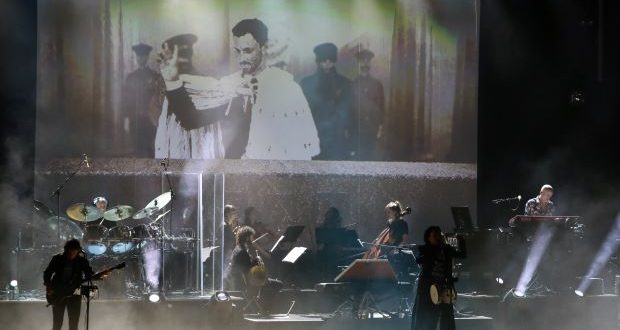 Marillion had the idea of creating a “lockdown”  version of ‘Made Again’ for their fans, and unbeknownst to the band, Lucy, their manager contacted those self-same fans via social media to send in videos of themselves.

The intention behind this was to replicate the ‘Made Again Stage Invasion’ that took place during 2013’s Marillion Weekend convention.

When Lucy and Tim Sidwell (from Toward Infinity) came clean to Marillion about their plan it was decided to add the footage to the band’s “at home videos” and insert the recordings into the mix.

The results of that can be viewed on the video below.

‘Made Again’ will be released as a charity single over the next few weeks.

Announcements about Marillion Weekends due for 2021 will also be revealed soon.

Previous: SHAMAN ELEPHANT – Wide Awake but Still Asleep
Next: Bad Touch – Too Much Of A Good Thing?