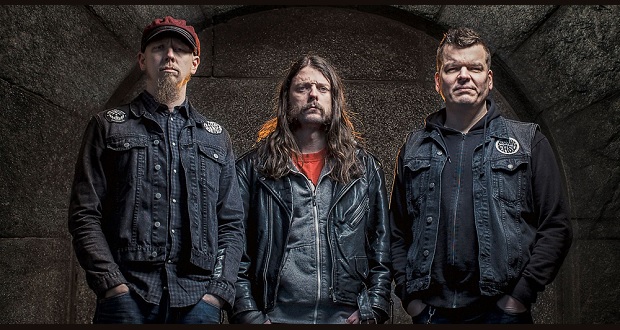 “We’ve always been inspired by great band musicians – as opposed to technical solo peacocks,” says drummer Esben Willems “Because that force of a band really playing together as one single unit is incomparable. At its best, it’s just unstoppable.”

And, Monolord is truly unstoppable, on record and on stage. “A heavy groove that contains both bombastic overkill and a lot of dynamics is what we always aim for in Monolord; in playing, in song writing and arranging, in recording.” Monolord is a rare breed: A band both encompassing and transcending genre, a vortex of heavy rock density that consumes all others.

Their thunderous, tuneful heft has built a rabid international fanbase in short order since their 2014 debut. But Rust, the band’s third full length, truly exemplifies why some refer to them as the Nirvana of doom.

catch them out on tour on the following dates: