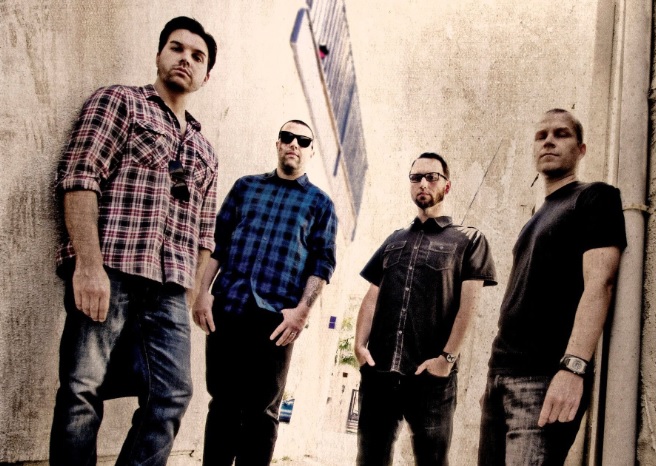 Nations Afire have released a new track, Pick Up The Pieces, from their forthcoming debut album The Ghosts We Will Become.

“”Pick Up The Pieces” is a song written about the domestic violence in our communities, in our neighborhood, in our homes…It is an isolating experience and the lyrics are meant to empower and shine a light on this issue, to prove that we cannot be broken by these things, by our pasts and more importantly to say something now, help each other get out of these violent surroundings. Turning victims into heroes, and giving voices to those too afraid to speak up”

Stream the song below!

Nations Afire is made up of former Rise Against guitarist Chris Chasse, ex-Death By Stereo drummer Todd Hennig, Ignite front man Nick Hill and bassist Brett Rasmussen (also of Ignite). Their debut album The Ghosts We Will Become is due to be released July 2nd via Hardline Entertainment.