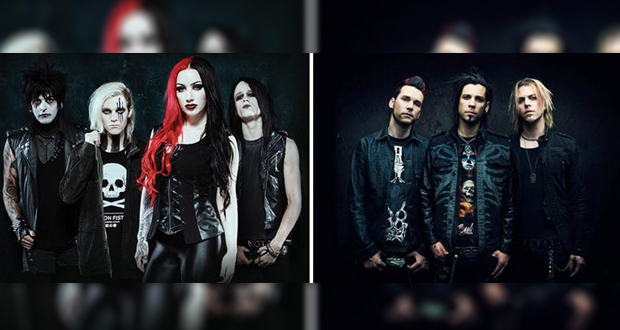 American post-hardcore rock band Escape The Fate have announced that New Zealand rockers Like A Storm and fellow American band New Years Day will be joining them on their upcoming EU tour kicking off in January 2016.
Both bands have expressed their excitement about being in the line-up and touring with Escape the Fate. New Years Day singer Ashely Costello says “Europe, did you miss us yet?! Well guess what? We are coming back soon!” and Like a Storms lead guitarist Matt Brooks told us that they are so excited to be coming back to the UK and Europe with Escape the Fate and that they can’t wait to rock again with their European friends and fans. Tickets are available online now! 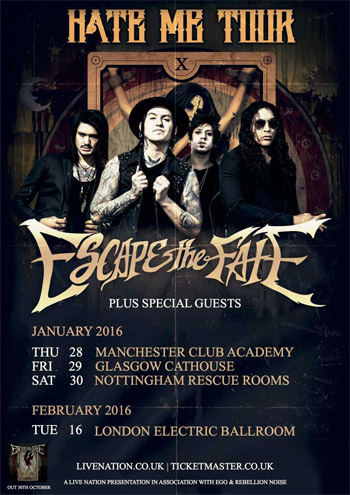 See our interview with Like A Storm earlier on in the year at Download Festival. We get treated to a preview of the didgeridoo!