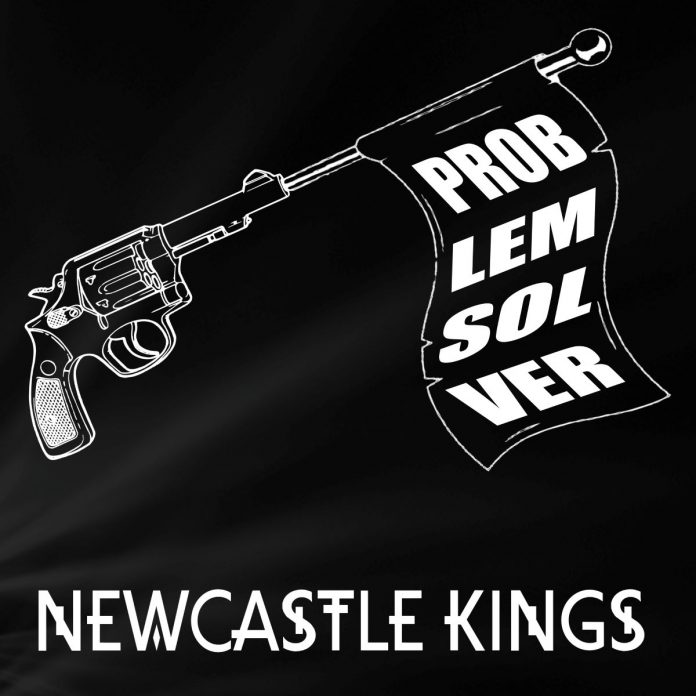 It is the latest in a line of recent singles, the last being ‘Dreams’, where than band deliver an aggressive alternate rock sound that drags in the epic sound of the classic early 2000s with a modern rock sheen.

With no music scene melting pot to speak of, from where they came from, Newcastle Kings were left to draw inward creating their own aggressive expressive music. Songwriter Skylar Dayton uses personal tribulations, as well as literary and film inspiration. Canvassing topics like failed relationships, love lost, depression, addiction, anger and heartache, in an earnest attempt to move the global and cultural conversation, on mental health and wellness forward.

Newcastle Kings was formed in 2011 by brothers Skylar (Guitar, vocals) and Colten Robert (Drums). The band self-produced, and recorded two independent full-length releases, I’m In Love With You, then Misery Music, when Nyall Savidant joined on bass guitar, his musical aptitude, and dexterity helping along an overall shift in the bands tone, and approach.

The band’s work saw a breath of fresh life, and excitement with the introduction of Colin Munroe on lead guitar for the new project, his assault of electric guitar delirium being at the forefront on new single ‘Problem Solver’.

You can stream/buy ‘Problem Solver’ by clicking here, and catch Newcastle Kings’ lyric video for it right here at RAMzine.