The rebirth of Rise To Remain – As Lions 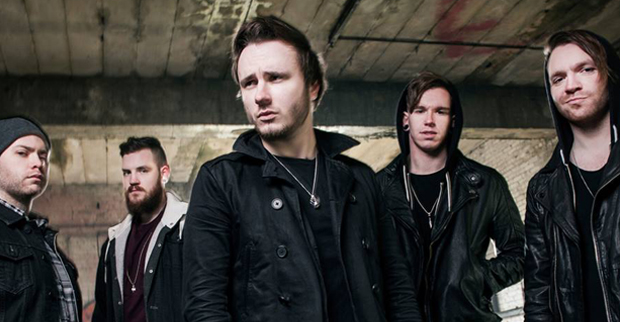 Hitting the ground running, Austin Dickinson, Conor O’Keefe and Will Homer are continuing their musical pursuits under the guise of As Lions.

Since the split of Rise to Remain, they have been establishing themselves as a new entity touring the UK with Trivium in 2015 and scoring USA gigs with Five Finger Death Punch, Shine Down and Sixx:AM later this year in October and November. In the mean time, they will will be making appearances at UK festivals such as The Great Escape, Camden Rocks and the almighty Download Festival, playing the Zippo Encore stage on Friday 10 June.

Do not make the mistake of thinking that this is the same band; it is not. Connor O’Keefe has traded the bass for a guitar, and Austin has toned down his aggressive vocal style – it is no less powerful but favours a more melodic approach. No doubt the hardcore Rise To Remain fans will scoff at the lack of solos and screaming, however, supported by Stefan Whiting on bass and Dave Fee on drums, they have certainly brought us something very listenable, and it is with great anticipation that we await their debut album later this year.

You can hear their latest single below, ‘White Flags’.