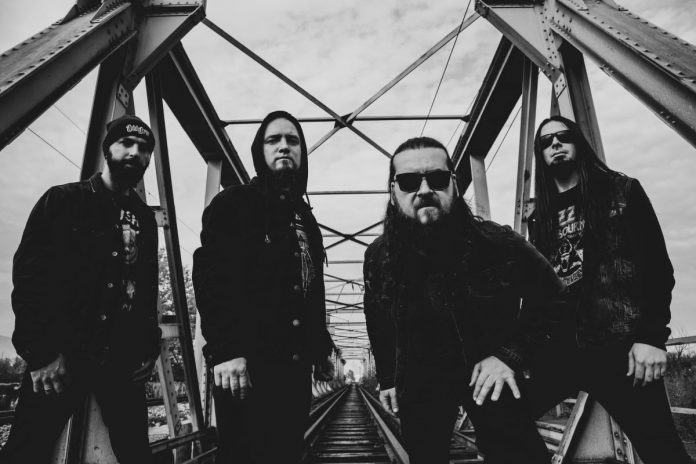 Sofia, Bulgaria-based Odd Crew has a new single out in ‘Desert Skies’ and you can catch the official video out here at RAMzine.

It is the fifth single from the upcoming album Dark Matters (Part I) via Drakkar Entertainment, due out on 27th May.

“‘Desert Skies’ is one of the most sentimental and personal songs we have ever written,” declaredd the band. “Each one of us put a lot of emotions in it and it is no coincidence that this is the last song on the album, because its message is about our hope to leave a better world for our children and the next generations.”

Previously, they released the grinding ‘Wasted Days’ as a single, and you can check out the video for that here too.

The video continues the black and white emotionally shattering concept of the new direction in which the band intends to grow in the future. Shortly before the release of the single, the band announced that there would be four albums entitled Dark Matters, and also that a feature film for the first part will be released.

‘Wasted Days’ was recorded in Odd Crew’s own ButcherHouse Studio in Sofia and produced and mixed by the band themselves.

Guitarist Vasil Parvanovski commented: “For me, ‘Wasted Days’ is one of the tracks on the album with the most cyclical and darkest feeling. I remember when we worked on the idea, everyone in the band fell in love with this simple and heavy riff. It also led the overall concept we wanted to have in the song to keep that gloomy feeling.

“We made videos for all the songs off the album, and the video for this song was the first finished one we watched. After seeing it we said to ourselves that this is exactly the emotion we wanted to keep for them all.”

The new album can be pre-ordered here.

Before that even, the band released ‘The Moment’ as a single, The band – featuring Vasil Raykov (Vocals), Vasil Parvanovski (Guitar), Martin Stoyanov (Bass), and Boyan ‘Bonzy’ Georgiev (Drums) – were said to have brought their most melodic song writing tendencies to the fore for that song; from the influential guitar riffs to the catchy choruses that make the song feel like the soundtrack of an old black and white movie on this new single.

Guitarist Parvanovski commented: “The riffs for ‘The Moment’ are the first riffs I wrote for the album and it all started the whole process of making it. Conceptually, ‘The Moment’ is about those people who have lost themselves somewhere along the way. And that achieving some goals comes with a price.”

You can stream/buy ‘The Moment’ here.

Despite that particuklar single, the new album will apparently be ‘heavier, slow and rough’, as the melancholic, emotional and facets of their first single ‘Morning Lights’ and album opener demonstrated: The song represents the band – who grew up together since they were kids – in a light of despair, struggling for a brighter future. The distinguished vocal parts and epic riffs showcase a first taste of the band’s new, matured direction.

“I had an emotional outburst and I wrote the riffs for the song in exactly seven minutes,” said Parvanovski. “Then I wasted hours sorting and reshaping them until I realised that the original version was the best and they didn’t need to be adjusted.” “The gloomy footage in the beginning of the video is deeply connected to the band as it was shot in the neighbourhood where we met and grew up”, noted vocalist Raykov.

You can check out the video for earlier single, ‘Morning Light’, here at RAMzine.