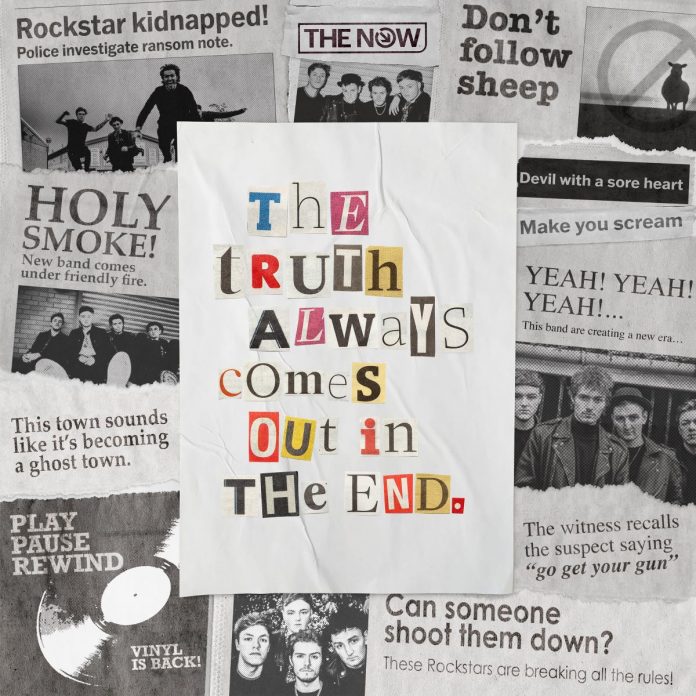 South Wales band The Now has released a new EP in ‘The Truth Always Comes Out In The End‘, through Golden Robot Records.

Tracks featured on the EP are ‘Holy’, ‘Rockstar’, ‘Shoot Them Down’, ‘Rewind’ and ‘This Town’.

You can stream/buy The Truth Always Comes Out In The End here.

The Now’s inspiration comes from an eclectic mix of music and musicians who include Chuck Berry and The Police, right through to Kasabian and Catfish And The Bottlemen, and they have have been together since 2016.

2022 looks to be jam packed for The Now with live dates, radio play and festival line up announcements coming in thick and fast, including In It Together Festival with Noel Gallagher.

‘Shoot Them Down’ was the second single lifted from the band’s upcoming EP and comes hot on the heels of their recent single, ‘Holy’, that was released with a B-side track, (a cover of The Verve‘s ‘Lucky Man’).

Filled with heavy bass, catchy drums and a fists-in-the-air chorus, ‘Shoot Them Down’ is a pure high energy British rock track and is available here.

The new single has recently been played stateside with Amazing Radio USA & also Amazing UK sharing the track with their 6 million listeners.

You can check out the video for ‘Shoot Them Down‘ here at RAMzine.