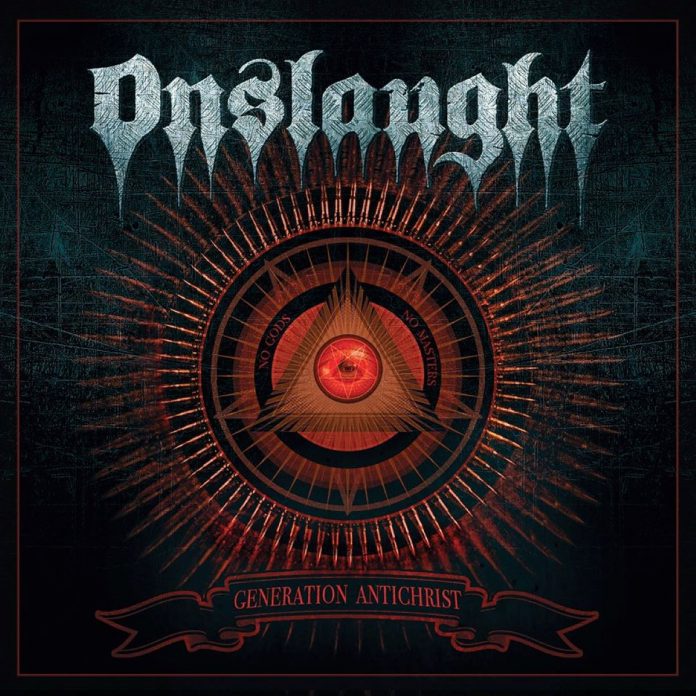 Uncompromising thrash metal pioneers Onslaught promised to bring “a new level of brutality with one of the most ferocious albums ever made” with Generation Antichrist, and that’s a little matter that you can judge for yourself because it’s out now on AFM records.

However, if you’re feeling a little shy, or the coronavirus is making you cautious about spending your money, all in one go, test the waters with the singles, Onslaught has released thus far from the album: First there was ‘Religiousuicide’ that you can read all about and catch the video to by clicking here at RAMzine. It was followed by ‘Bow Down To The Clowns’ that has been described as: “a blistering, savage blast of metal, a rapid fire aural assault raging at the world”, and you catch the video to that on this page.

Onslaught has followed that with ‘Strike Fast Strike Hard!‘ and you lucky people can also catch the lyric video to that one here at RAMzine also.

Generation Antichrist is said to be an album inspired by a world full of hatred, megalomaniacs & political madness.

You can purchase these thrash metal delights by going here.