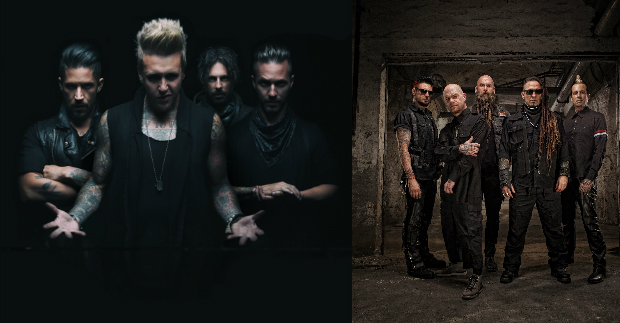 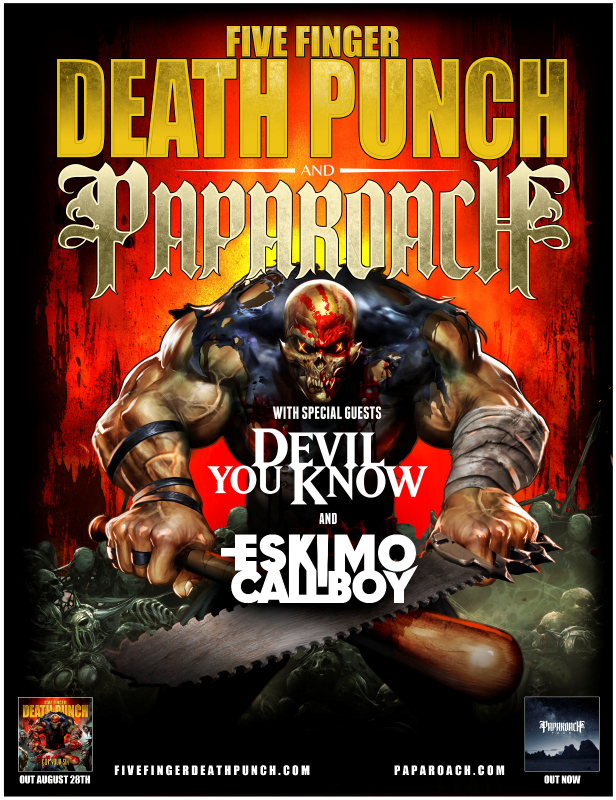 Two of the biggest names in rock will join forces later this year to bring you one of the best Wembley shows in recent memory.

This follows the release of FFDP’s new album ‘Got your Six’ on August 28th, as well as Papa Roach’s new single ‘Gravity’ fromt heir latest album ‘F.E.A.R.’ This track features In This Moment front-woman Maria Brink.

Check out the video for the track below:

Zoltan Bathory, guitarist of Five Finger Death Punch, had this to say:

By the time this tour takes off, our new album “Got Your Six” will be out already. This is our best record so far, really just a solid brick of heavy metal, so we can’t wait to play some of these songs to the European fans.  This whole tour is going to be just balls to the wall night after night”

We are stoked to rip up the stages in Europe with our brothers in FFDP!!!! Don’t miss it! Papa Roach is gonna be on fire”.

The dates were selected via Papa Roach and FFDP’s ‘demand campaign’ where the bands give their fans the choice to demand a gig in their home city.

European dates are as follows: