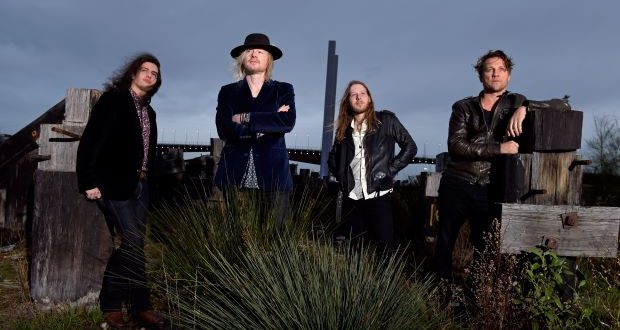 Palace of The King has released a new single called ‘Tell It Like It Is’, that is out now on Devil’s Music Records.

Written and recorded before last year’s antipodean summer, vocalist/guitarist Tim Henwood’s lyrics seems almost prophetic in hindsight. Whereas, his recording work on it demonstrates he has Mike Chapman (Suzi Quatro, Blondie, The Sweet) to thank for his production style.

Mixed by Jonathan Burnside (Clutch, Fu Manchu, Nirvana) it brings the rock track kicking and screaming into the modern era. If this is a taster of what their new album is like, fans are in for a treat.

The single is available here and here.

You can watch the video too it right here at RAMzine.

Tagged with: Palace Of The King Tell It Like It Is