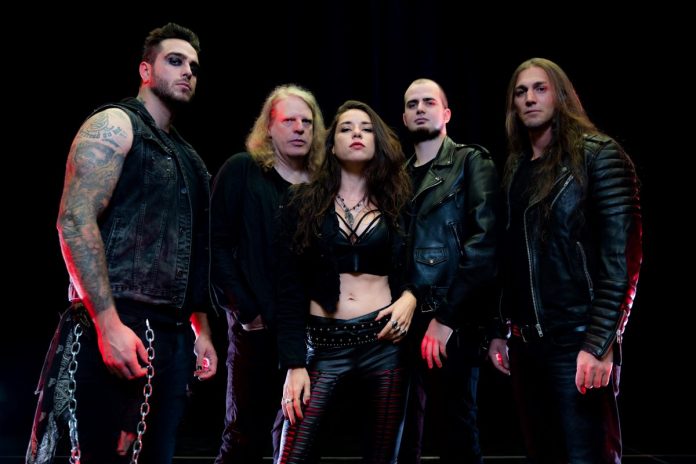 Founded in 1979, French heavy metal pioneers Nightmare has been an integral part of the European metal scene for the past three decades, prolific with their album releases, while updating and evolving their sound.

Their latest album, Aeternam, is out now on AFM records and the have been releasing singles, with accompanying videos to them, since this summer gone. First out the box was the title track, ‘Aeternam’ that you can read more about and watch the video to by visiting RAMzine here. They followed that with ‘Lights On’ – A high energy riff pounding power metal song with a fist bumping rhythm and big melodic choruses, that you can watch the video to on this very page.

Most recently, they have issued ‘Divine Nemesis’ and we’ve got that video right here for you to watch too!

Things began to really happen for Nightmare when they received critical acclaim from their opening show to Def Leppard in 1993, with debut album Waiting For Twilight released the next year, and follow up Power Of The Universe coming hot on its heels in 1995. After a four-year hiatus, the band roared back with a much harder sound and with 1999’s Astral Deliverance former drummer Jo Amore took on a new role as the band’s vocalist and drum duties were handed to his brother David.

In the years since they’ve continued to release albums and tour worldwide, playing festivals and supporting the likes of Saxon. With the moniker “the best heavy metal export out of France” firmly under their belts, 2012’s The Burden Of God found them seamlessly combining the band’s classic power metal roots with symphonic and contemporary elements.

The Amore brothers left following the release of 2014’s The Aftermath, and the band vowed to return stronger than ever. In 2016 they released Dead Sun, with Maggy Luyten (Beautiful Sin, Beyond The Bridge, Ayreon) assuming vocal duties as the band toured in support of the record for three years.

Tracks featured on Aeternam are ‘Temple Of Acheron’, ‘Divine Nemesis’, ‘The Passenger’, ‘Downfall Of A Tyrant‘, ‘Crystal Lake’, ‘Lights On’, ‘Aeternam’, ‘Under The Ice’, ‘Black September’ and ‘Anneliese’.

The new album can be ordered by clicking here.